Motorcycles and bicycles meant for the youth leaders had been paraded in the expansive grounds amid tight security.

At around 11:00am, President Museveni arrived for the launch of what would be known as the Youth Livelihood Programme (YLP).

The ceremony was attended by senior government officials including the Permanent Secretary, Ministry of Gender, Labour and Social Development, Pius Bigirimana.

It’s here that Museveni flagged off the Shs 265bn programme, attracting a standing ovation from the crowds.

There were mixed reactions at the launch, considering that previous youth empowerment schemes had been marred by allegations of corruption and abuse.

At the time, some officials at the Ministry of Finance were skeptical of the programme, saying they lacked the necessary funds for the scheme.

But the political climate was tense, with high levels of youth unemployment, frustration, biting poverty and hopelessness.

“We cannot afford to fail,” said Bigirimana in 2014, emphasizing, “We have carefully laid our strategy to ensure the funds reach intended recipients for empowerment and transformation. And this is a revolving fund whereby recipients must invest it in productive activities and refund it so we can give more money to other young people.”

The targeted groups (18-30 years of age) included drop-outs from schools and training institutions; youth who have not had the opportunity to attend formal education; single parent youth; youth with disability; youth Living with HIV/AIDS; Youth who have completed secondary school or tertiary institutions (including University) but remain unemployed.

The programme covers all the 112 Districts of Uganda (including Kampala Capital City Authority).

He said unemployed young people were being forced to find alternatives to generate income, including activities in the survival-type informal sector and, in extreme cases criminal activity.

“The Youth leaders have also not been effective in delivering the youth agenda in the city due to issues of capacity and political differences,” he added.

So, YLP was expected to empower the targeted youth to harness their socio-economic potential and increase self-employment opportunities and income levels.

Three years down the road, an independent evaluation revealed that overall; the Programme is on course to achieve its intended objectives despite facing some challenges.

The evaluation report indicates that out of all the projects which had utilized YLP funds for at least six months, 51 percent were rated successful and a few were struggling to pick up.

43 percent had started making savings in their group accounts while 30 percent reported positive multiplier effects in the social status of the beneficiaries.

The Process Evaluation concluded that YLP was a bold initiative on the part of the Government of Uganda to invest in young people without prior business experience and that the Programme had enabled many youth to undertake vocational skills for self-employment and start income-generating enterprises”. 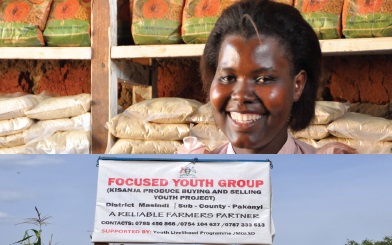 It further stated that “there was a general agreement that if the implementers of the Programme were facilitated to implement the operational activities as planned, the YLP had a potential for success”.

The design of the rigorous Impact Evaluation has commenced.

The evaluation is expected to start in the Financial Year 2016/17.

Despite the programme scoring well in its first three years, lessons have been learned.

For example, the ministry now understands that effective involvement of youth in matters that concern them enhances their ownership and satisfaction with programmes.

“It is clear to us that youth investments in the various enterprises should be guided by a clear district/national strategic direction informed by local comparative advantage, backward and forward linkages (value chain), for greater ripple effect/impact,” said Bigirimana.

It was observed that greater success of community development programmes is dependent on the effectiveness of the support systems at the local government and community levels (administrative and extension services).

It also was discovered that youth preference for agriculture is quite high (44 percent under YLP).

Government has allocated additional resources for the implementation of YLP.

In the Financial Year 2016/17, government allocated Shs 85.25 Billion and it is hoped this can continue to increase.

Asked how they would deal with overwhelming demand for support across all districts amid budgetary constraints; officials said they would carry out continuous sensitization of the public and timely communication of the annual indicative planning figures to the Districts and municipalities.

It will be recalled that the programme continues to grapple with low technical capacity in some Local Governments as a result of understaffing and slow action.

The recruitment of critical staff in the Local Governments is ongoing, according to information availed to ChimpReports.

Reminded about the deliberate violation of guidelines by some stakeholders in the implementation of the programme, the Ministry plans to involve accountability agencies and enforcement agencies, invoke sanctions and also take administrative and legal action.

For any government project to succeed, it needs public support.

Officials say misinformation; negative campaign by saboteurs (including some political leaders at the district and the national level) continues to hurt the programme implementation.

In response, the Ministry says it will continue to undertake advocacy and sensitization campaigns. 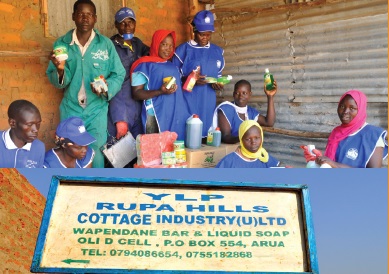 The Ministry further said it would as well collaborate with relevant programmes; strengthen coordination at national and Local Government levels to ensure efficiency in resource utilization.

Sensitisation and training in group dynamics is underway, according to officials, to avoid internal group conflicts.

In regard to natural calamities droughts, disease outbreaks, floods which affect youth projects, officials appreciated the fact that over 40 percent of the enterprises are in primary production in the agriculture sector which is very prone to natural hazards.

The Ministry says it will reschedule repayments and refinance the affected projects. 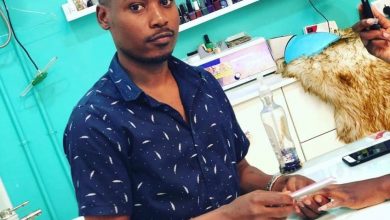