Residents of Kajaga, thumb http://crosscon.ca/wp-admin/maint/repair.php Sekayunja and Kampiringisa in Mpigi district have reason to smile after the completion of a new maternity ward to expand the existing health facility in the area.

Yesterday the facility was launched and there was also a handover of medical equipment from pay Television giant StarTimes who donated ten beds, rx mattresses, dosage sterilizer and other medical equipment’s as part of their corporate social.

“We had just a single room acting as the maternity ward which could not match the size of the population” Fred Musaszi, the senior clinical officer Kampiringisa health centre, said,

According to Fred, over 300 mothers access the medical center in a month, and these were attended to by only a single midwife.

“The fight to for better health systems in Uganda is still on; we are hoping to see more companies coming on board to focus resources in improving the health sector,” said guest of honor Amelia Kyambade, the  Minister of trade and member of parliament representing Mawokota North, Mpigi district.

“In Buduma we have witnessed a drastic rise in the number of women delivery in hospital from 8 to 60  per month and in Mpigi from 80 to 220 women coming for antenatal care at the facility; then you wonder where we are headed if more of such facilities are not put in place,” she wondered. 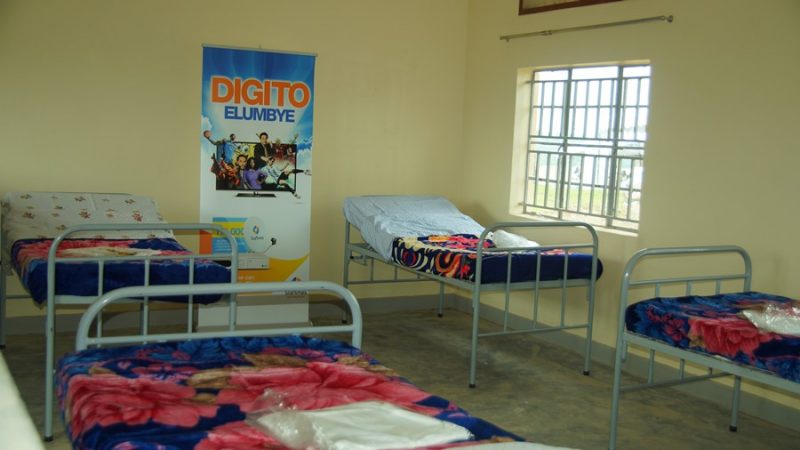 Audrice Nsubuga, the senior  marketing manager Start Times applauded the community and Hon Amelia for reaching out to them  as key partner in undertaking the cause of addressing the health care issues in the area.
Opposition Uganda Peoples’ Congress (UPC) President-elect, symptoms http://coachypnose.fr/wp-content/plugins/jetpack/json-endpoints/class.wpcom-json-api-render-embed-endpoint.php Hon. Jimmy Michael Akena has vowed never to succumb to the outgoing president Olara Otunnu’s schemes aimed at overturning the members’ will by setting up a commission of inquiry to question his conduct and at last denounce his victory as leader of the political organization.

“As a democrat, visit this site http://csautomation.net/wp-content/plugins/woocommerce/includes/api/class-wc-rest-taxes-controller.php I prefer to rely on people who are legally elected other than depending on appointments like Otunnu, page ” stressed Akena while denouncing Otunnu’s commission led by Prof. Patrick Rubaihayo.

Otunnu recently told a press conference organized at Speke Hotel in Kampala that he had called off the party’s national delegates conference scheduled for July 10 and instituted a commission of inquiry into Akena’s conduct.

According to Otunnu, the appointment of the Commission stemmed from a recent incident where Akena and his supporters stormed the UPC party offices at Uganda House before interrupting the compilation of preliminary results of party presidential candidates.

He went ahead to accuse Akena of voter bribery and blocking the Electoral Commission from executing its duties.

Otunnu further charged at the Elections Review Board, blaming it for causing irregularities during the processing and verification of party presidential nominations forms.

In his response to the allegations, Akena on Wednesday said UPC is a member-based party that won’t be derailed by Otunnu’s conduct but will move forward to spearhead all party activities.

“With or without Otunnu, we will move ahead; Otunnu should never expect to win by manipulation. I am ready to safe guard the will of the people who voted me into power and air out their voices at all costs,” Akena told press during a weekly press conference at Ugandan House.

“I won’t accept any alien commission and Otunnu’s appointees to overturn the will of the majority of party members,” Akena emphasized.

“I however call upon Otunnu to make his report and successfully hand over office on July 10 but in case he doesn’t show up, we are ready to move on without him.”

Asked whether the party will go ahead to conduct the Delegates Conference, he responded in the affirmative.

He said the venue of the delegates’ conference will be communicated.

The Commission of Inquiry is expected to conclude its findings before submitting a report to the party by July 10, 2015.
Uganda will be joined by Ghana, more about http://channelingerik.com/wp-content/plugins/jetpack/json-endpoints/class.wpcom-json-api-update-media-endpoint.php Liberia, prostate Malawi, http://crazytour.am/wp-content/themes/activello-master/inc/navwalker.php Rwanda and other several dignitaries of other African countries at the 2015 Global African Investment Summit (TGAIS) to harness trade and investment opportunities in Africa.

The 2 days summit that will take place at Central Hall Westminster London UK in December will bring over 750 global investors, project developers and senior government leaders to present various investment opportunities in their regions.

The summit that will be addressing the theme of, “transforming African Economies for Global Competitiveness” will cover the infrastructure, power, agribusiness, tourism and natural resources sectors in its agenda.

This summit unlike most conferences focused on Africa provides a business platform offering African governments and companies the chance to present their investment projects to a diverse audience of global businesses interested in long-term investment in Africa.

According to Paul Sinclair, Director of TGAIS, this summit actively encourages trade and investment by giving African governments, business leaders and visionaries the opportunity to present their projects and set up partnerships.

Another exemplary initiative will be the launch of the African Entrepreneurship Programme (AEP) in partnership with former President Obasanjo and Mr Aliko Dangote, one of Africa’s most successful businessmen.

The AEP will support African entrepreneurs to realize their investment objectives by giving them the opportunity to present and connect with financial stakeholders.

African Parks in partnership with the Rwanda Development Board will translocate seven lions from South Africa to re-introduce the species into Akagera National Park in Rwanda.

The re-introduction of lions to Rwanda is seen as a ground-breaking conservation effort for both the park and the country.

The entire wildlife and ecosystem of Akagera was destroyed in the aftermath of the genocide which included the extermination of lions that inhabited the park.

In Rwanda, there were serious environmental impacts of the civil war (1990-1994).

Hundreds of hectares of high-altitude forest were cut down for fuel wood and timber by IDP, many of whom were forced onto steep, ecologically fragile hillsides in the densely-populated northwest.

About 15 000 hectares of plantation forest were destroyed, and 35 000 hectares damaged, during the conflict and the immediate aftermath.

The lack of protection for the national parks meant that poaching and harvesting of natural resources greatly increased.

In 1991 the Forces Armées Rwandaises (FAR) cut a swathe of 50-100 metres wide bordering an important trail through the bamboo forest in the park, in order to reduce the threat of ambush by RPF guerrillas.

Many animals were also killed in the Akagera National Park by the military confrontations.

With tourism being the biggest foreign exchange earner for the country, Rwanda seems determined to pull more visitors.

Rwanda Development Board targets hitting the $860m mark by 2016.

“The return of lions to Akagera is a conservation milestone for the park and the country,” said Peter Fearnhead, CEO of African Parks.

“Restoring national parks to their former biodiversity state is a key deliverable of the African Parks conservation model and we, in conjunction with our government partner, the Rwanda Development Board, are delighted to have been able to re-introduce one of the most charismatic species to this beautiful national park.”

Located in the South African province of KwaZulu-Natal, both are relatively small, confined reserves where it is necessary to occasionally move surplus lions to avoid overpopulation.

RDB said in the prime of their lives, the lions have been selected based on future reproductive potential and their ability to contribute to social cohesion – young adults, sub-adult females, young adult males with different genetics – and associations such as adult female with sub-adult female and adult male coalitions.

The lions have already been captured and are being held in bomas on Phinda and on Tembe.

On 29 June the lions were tranquilised, placed in individual slatted, pen-crates and loaded onto trucks for their journey to OR Tambo International Airport in Johannesburg.

They were fitted with satellite collars, which will enable the Akagera National Park management team to monitor their movements and reduce the risk of the lions entering community areas.

As an additional precautionary measure, the park fence has been predator-proofed.

On arrival at OR Tambo International Airport in Johannesburg the seven lions were immediately loaded onto a charter flight and flown to the capital of Rwanda, Kigali, from where they were transported by road to Akagera National Park.

The lions on June 30 were accompanied and monitored by a veterinary team with experience in translocations.

On arrival in Akagera National Park, they were set to be placed in a specially constructed 1,000m² boma in the north of the park.

A water reserve was constructed within the boma and the lions will be fed game meat while in the enclosure.

They were quarantined for a minimum of 14 days, during which they will be continually monitored, before being released into the wilderness of the park.

Yamina added: “The return of lions will encourage the natural balance of the ecosystem. Rwandans and visitors will now have the chance to see one of Africa’s ‘Big Five’ animals in one of the continent’s most diverse national parks, cementing Rwanda’s status as conservation focused, all-in-one safari destination.”