Another UPDF soldier who got injured by the terrorist group, the Al Shabab in Somalia is crying for compensation.

Toby Wandaba says he and other colleagues were attacked by the terrorist back in 2015.

He told ChimpReports that they would after the attack be airlifted to Nairobi for treatment but never went back for medical review as was supposed to be.

“I was not attacked alone. We were many. They attacked us in July 2015. We were then airlifted to Nairobi hospital and received medical treatment,” Wandaba told ChimpReports. 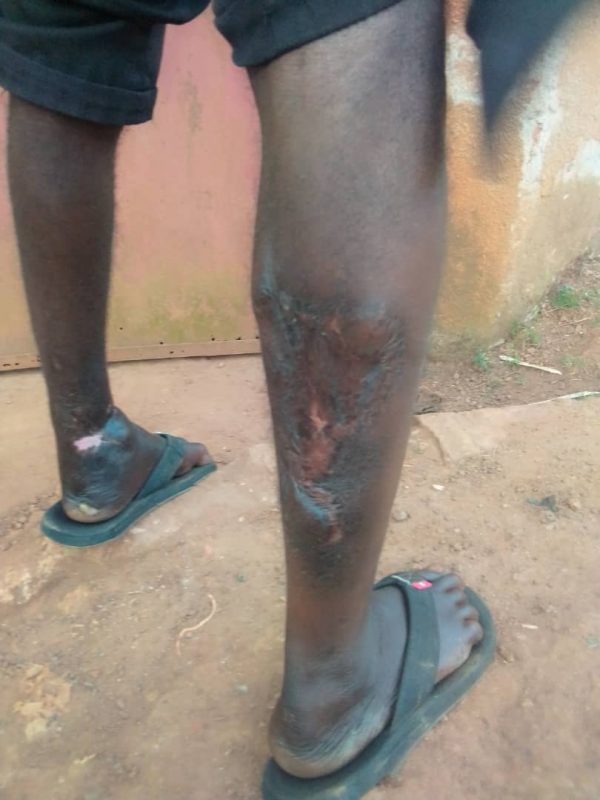 After they were discharged from Nairobi hospital, he said they were supposed to go back for review but this would not be possible.

“Our bosses stopped us from going back for review. We requested them but they refused. We told them we have not fully recovered but they persisted,” he narrated.

Later, he says he and his colleagues went to the medical board in April 2016 to be examined.

The board was meant to determine the severity of injuries sustained and value the amount each victim would be compensated.

At the medical board, Wandaba said they were told to exercise patience.

“They told us to be patient. But whatever news I got, I heard they had compensated others. When I made phone calls, I was told my name was not there,” he said.

This prompted him to approach higher ranking UPDF officials including visiting army headquarters in Mbuya for help but in vain.

“I have a family; my children are still young. There is nothing I can do for myself. Whatever little I get, I spend it to treat my feet.”

ChimpReports contacted UPDF deputy spokesperson Lt Col Deo Akiiki for a comment who said that UPDF does not compensate soldiers injured under AMISOM in Somalia.

He said it is the role of European Union (EU) and African Union (AU).

“He (Wandaba) must go to the office of AMISOM coordinator. Remember compensations are not done by UPDF but rather EU and AU,” said Akiiki.

Asked why EU and AU could not compensate Wandaba yet he followed all the necessary procedures for compensation of injured soldiers, Akiiki said, “even when procedures are followed, AU pays as and when they are ready to pay depending on different circumstances.”