Last night was yet another memorable occasion as Uganda Cranes played their second AFCON game against Zimbabwe in Cairo.

Fans in Uganda could not hold their happiness and support for their team as they seemed and shouted in celebration of the results as they watched the game on a giant screen free of charge.

The night was filled with joy as they were treated to free drinks and entertainment from singer John Blaq and Topic.

Emmanuel Okwii was the man of the match as he managed to guide the ball into the back of the net. Zimbabwe on the other side, equalized with a goal scored by Khama Billiat.

The squad started the second half with a lot of energy, which could have seen them win if not for time.it was indeed an exciting game.

Uganda recently won in their opening match against DR Congo, after scoring two goals in 90 minutes time without conceding from their opponents, after Patrick Kaddu heading the ball into the back of the net off a corner kick and another goal from Okwi.

In yesterday’s game, Emmanuel Okwi was again the man of the moment, after guiding the ball past the keeper with a powerful header. 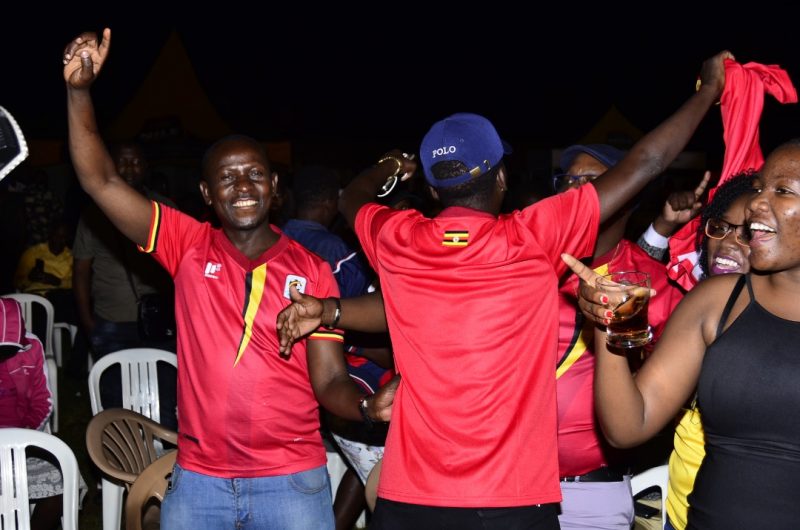 The event was sponsored by Nile Special which is also the official sponsor of the Uganda Cranes and AFCON.

The cranes will be playing their next game against the hosts,Egypt on Sunday 30.