ChimpReports has learnt from a member of the team who claims to have escaped late in the night, that everyone found the office at 7pm on Thursday were not allowed to leave.

A joint security operation by the military and police raided the premises last evening and arrested Gen. Tumukunde, who is going to be charged with treason according to police over his remarks calling on Rwanda to support a regime change in Uganda.

“We were all ordered to remain at the office and dozens of military and police left to guard us,” said source in the team who escaped at night.

MP Nyakeco, who accompanied Tumukunde to the Electoral Commission on March 3 2020 and to the Police headquarters this week, we’ve learnt is the interim national coordinator of “Tumukunde 2020.”

She represented Otuke district as woman MP in 2011-2016 on NRM ticket. She lost in NRM primaries in 2015 and switched to her home area on independent ticket where she defeated FDC strongman Godfrey Ekanya.

We can also confirm that Philips Tumukunde, so much trusted by his father according to sources, is one of the senior coordinators in the team.

Efforts to reach Police Spokesman, Fred Enanga on the fate of the coordinators still held at the office in Kololo were futile as he didn’t pick our repeated phone calls. On his part, the Kampala Metropolitan Spokesman, Patrick Onyango referred us to Enanga.

A statement released by Enanga on Friday morning said the Kololo office has been “secured” by security for further check.

“We would like to inform the public that on the 12.03.2020, at around 7pm, a joint security task team led by the Directorate of Criminal Investigations, arrested Lt. Gen. Henry Tumukunde for alleged Treason. His premises at Kololo were secured for further search this morning, for any additional evidence of material value,” said Enanga.

The statement confirmed that Tumukunde is going to be charged with treason.

“He is therefore, being charged under Sections 23 (2) b and 23 (3) b, of the Penal code Act, which deals with instigating persons to invade the Republic of Uganda and inciting any persons to make a mutinous assembly. 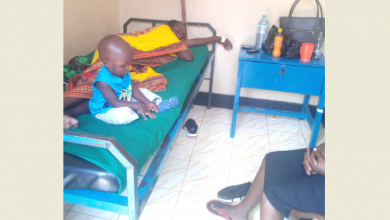