Government has been urged to stop taxing philanthropic donations coming into the country from abroad, including health related donations such as ambulances.

Father Niwagaba is the national coordinator of the Humanitarian Help Uganda (HHU).

The Ambulances he said were donated by German national, and arrived in the country in August last year, but were impounded by URA and the church was asked to pay the importation taxes.

The man of God said situations like this give an impression to donors that Ugandans are not interested in their donations.

He added that ironically, ambulances were meant to support a government hospital, yet government itself was blocking that.

He therefore asked government to remove taxes from such imports, noting that this wills incentivize more donations.

“We are already receiving more ambulances which are being shipped this year plus other medical equipment; if the routes are very clear we would be receiving 3 or four containers every year with medical equipment to the hospitals.”

Meanwhile, Niwagaba slammed the roads Authority UNRA, for blocking HHU from putting up signposts along the roads, indicating the numbers that can be called for Ambulance services. 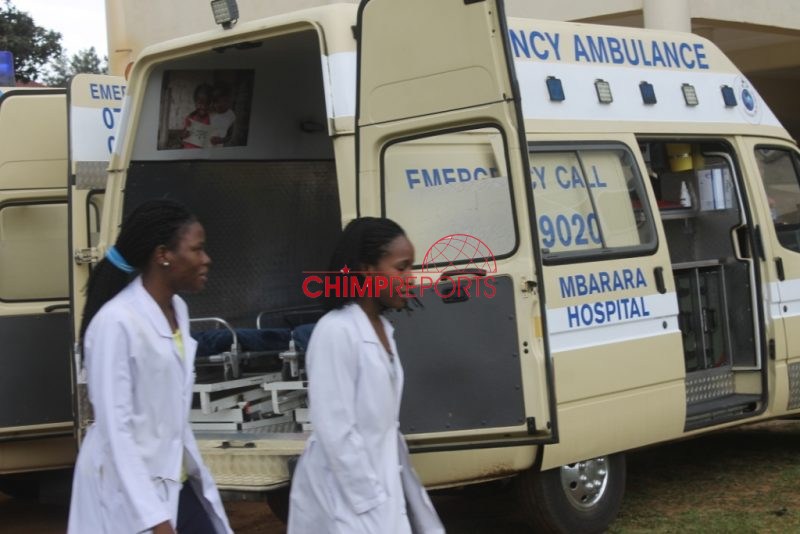 “We thought we should put a few signposts on each of the roads to Kampala, Bushenyi, Isingiro and Ibanda, but when we reached UNRA, they said this is a process; but since October last year no permission has been granted to us”

Karwani asked the hospital board to use and take care of the delivered ambulances so that they can last long.

The HHU project is headed by a 43 year old German, Thomas Pankoke, who came to Uganda in 2007 and worked at Ibanda hospital and later Komboni hospital as a paramedic.

There he observed the difficulty that patients faced while trying to access health facilities, many of whom he watched die of accident injuries and other complications.

On returning home, he initiated the project which now has 102 members, many of them paramedics and mechanics, who gather resources and build these ambulances to the right standards, and ship them to Uganda.