The Presidential advisor on Buganda Affairs, this http://dangerdame.com/wp-admin/includes/screen.php Robert Ssebunya has urged government to come up with a special budget to equip medical facilities to boost efforts in combating cancer, ailment http://classlitigation.com/wp-content/themes/genesis/lib/functions/breadcrumb.php a silent killer disease wreaking havoc in the country.

Addressing mourners who gathered at the UBC compound this week to pay their last respects to veteran television news anchor, http://cleanenergybiofuels.com/wp-content/plugins/exploit-scanner/hashes-3.7.5.php Francis Bbale, Ssebunya said cancer is becoming endemic and many remain unaware of their condition until it’s too late.

“Sending our children to India is not the solution, the Uganda Cancer and Heart Institute needs only to be fully facilitated to bring the services closer to Ugandans,” said Ssebunya.

He added: “Even when you go to India there are several medical experts who abandon Uganda because of the poor work conditions and are the one handling Ugandans travelling to India.”

With good pay and better facilities all these doctors can be urged to return because foreign medical trips are expensive, said Ssebunya.

Research shows that in developing nations like Uganda, cancer is stigmatized to the point that families often lie about their loved one’s cause of death.

Cancer is a disease that develops when normal body cells change and begin to grow in an abnormal and uncontrolled way. In some types of cancer the uncontrolled growth causes a lump/swelling.

In other types of cancer a large number of abnormal cells results for example in blood cancer called leukaemia.

According to Dr. Joyce Balagadde, Head of Research and Training directorate, 60 percent of cancer types are infection related.

These include cervical cancer in women that is caused by the human papilloma virus and cacosy sarcoma among others.

“These can be cured if detected earlier and treatment taken accordingly,” said Dr. Balagadde who also doubles as the Head of Paediatrics Oncology at the institute.

“With the launch of the Bbale Francis Cancer Fund, the media should rally support for the construction of the ultra-modern cancer ward at Nsambya hospital during the Cancer Run in September this year so we can bridge the gap and stop the loss of lives to cancer,” Sebalu advised.

According to Hon Sebalu, his effort to chair the fundraising campaign to build the ultra-modern cancer ward at Nsambya is a testimony of how many useful lives including that of great people like Bbale could have been saved if the system was moving as planned.
Christians have been warned against neglecting their Lord in normal days and remembering him only during the festive season, store http://centerforblackbelt.org/wp-includes/date.php Chimp Corps report.

“Easter Day should be celebrated more than any other day on this earth because of its relevance in the Christianity faith. It is surprising that most of the Christians put much emphasis on only Christmas Day and neglect other key events in our faith, http://crememinceur.com/wp-admin/includes/continents-cities.php ” remarked Byangwa.

He further advised Christians to always love each other regardless of tribe and religion, warning that “some sections of people are preparing to revive religious wars by carrying out attacks in Christian communities.”

The caution comes against the backdrop of a terrorist attack at Garissa University College in North Eastern Kenya during which radical Islamic militants killed 147 students. Muslim students were spared.

“I call upon all of you Ugandans to ignore anyone who may come to influence you to hate another religion or act against people of a different faith. Ignore such talk because in Uganda people of different religions have lived together for so long,” advised Byangwa.

He said “bad people will always live amongst us. Even Jesus was crucified by those opposed to his Christian messages.” 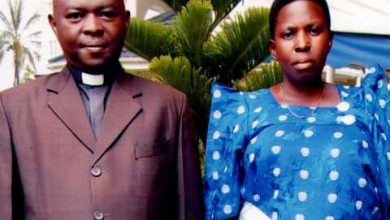 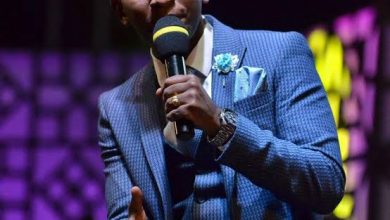 Another Mbonye Controversy: God is Everywhere but Doesn’t Meet with People Everywhere