An inspirational second half performance saw Uganda beat their fiercest rivals Kenya and eventually lifting the Elgon Cup trophy in a game played at Legends Rugby Club on Saturday evening.

The Rugby Cranes who came into the decider game trailing by 4 points had more misery as the first half ended 6-18 in favour of the visitors who had an outstanding performance before the break.

However, cialis 40mg pharm http://comerydivertirse.com/wp-content/plugins/jetpack/modules/shortcodes/diggthis.php the Cranes put up a spirited fight immediately after recess with tries from substitute Joseph Aredo and Scott Oluoch before being converted by Chris Lubanga and as the hosts now took the score to 30 – 18 in their favour.

It was another energizing moment as the mammoth crowd at the Legends   Rugby Club kept on chanting as they cheered the home side that went on to win the game 30-25 ( 47-45 on aggregate) and revenging their 2014 loss to Kenya.

Kenya tried to fight back through Abuyeka and Andola but this was not enough to match the raging Rugby Cranes who were raring to go and determined to add onto the 2006 and 2012 Elgon Cup accolades.

In an interview with Chimpreports   Cranes captain Brian Odongo said the team could not afford losing at their home ground leave alone the trophy they had last won 3 years ago.

“It was a good win against our fiercest rivals as we could not afford losing. We were nervous in the first half but during recess the coach urged us to stay composed and it worked out as we outsmarted them, visit web ”Odongo noted.

For Kenya’s Edwin Simatore, Uganda exhibited a spirited fight in the second half that enabled them lift the trophy.

“They had a young team and it was hard for us to beat them from their home ground and I salute them for the win,”Simatore told ChimpSport on Saturday.

Meanwhile in the women category, the Kenyan Lionesses won the trophy after beating the Uganda  Lady Cranes  o6-07 ( 11-12 on aggregate ) in another game played  earlier on Saturday at the Legends Rugby grounds 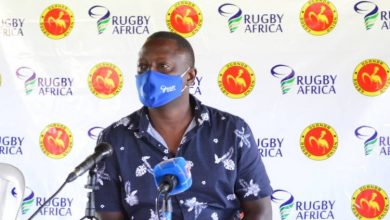 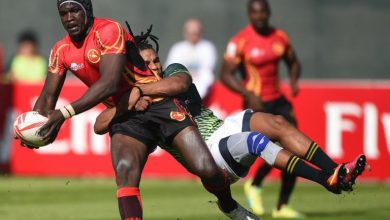