The former Tabliq leader Sheikh Yunus Kamoga and 13 others who are facing Terrorism, ed Murder and Attempted Murder charges this morning appeared at the International Crimes Division Court sitting at High Court in Kampala, this web for their defense amidst tight security.

Security this time was unusually heightened for this court session, with the Military Police taking over the duties of the ordinary police.

The VIPPU Police manned the check points while several more Prison guards were positioned in all corners of the court premises, keeping a keen eye on Court Room One as well as the court cells. 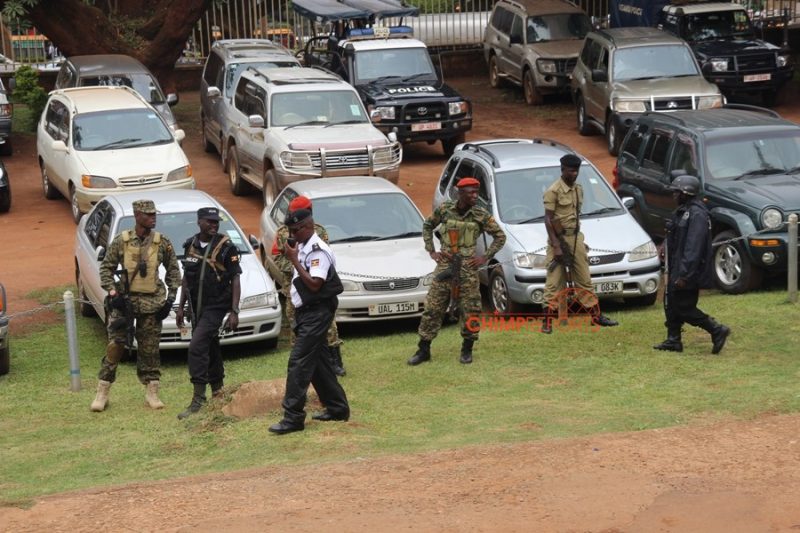 These were also complemented by other security officials in civilian clothes who monitored everyone at the court.

Only those with identification were allowed access and only after giving proper satisfactory explanation on what they were doing at the High Court.

Relatives of the accused persons were allowed and given a special room where they monitored the proceedings on large screens. 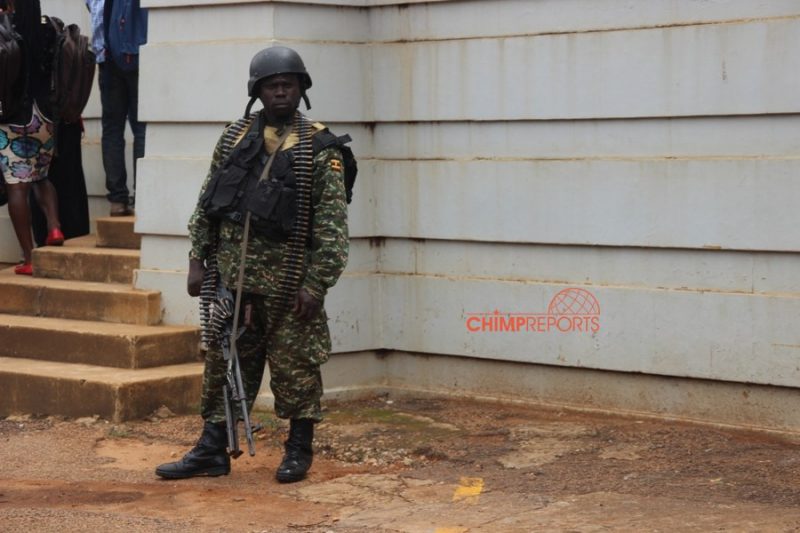 During the session, the accused persons chose the silence defense, and were remanded back to Prison until 26th May when they will return to court for both prosecution and defense to iron out mistakes that may have been in their final submissions.