As is the custom, President Museveni spent his festive season at his country home in Rwakitura, Kiruhura District.

However, this was an extraordinary moment as the president took off time to play and walk around his farm with his grandchildren.

“We took a walk around the Rwakitura farm this morning,” said Museveni on his official Twitter handle, adding, “checked on cattle and learnt about the value of vegetation.”

Museveni is a known expert on vegetation courtesy of rich experience accumulated over a long period of farming.

According to pictures released by the presidency on Boxing Day, Museveni is seen showing different types of vegetation to the kids.

His grandchildren, accompanied by his in-law, lawyer Edwin Karugire carried sticks as they walked with the president.

Their faces were beaming with joy and excitement.

Museveni is also spotted playing cards with the excited youngsters. 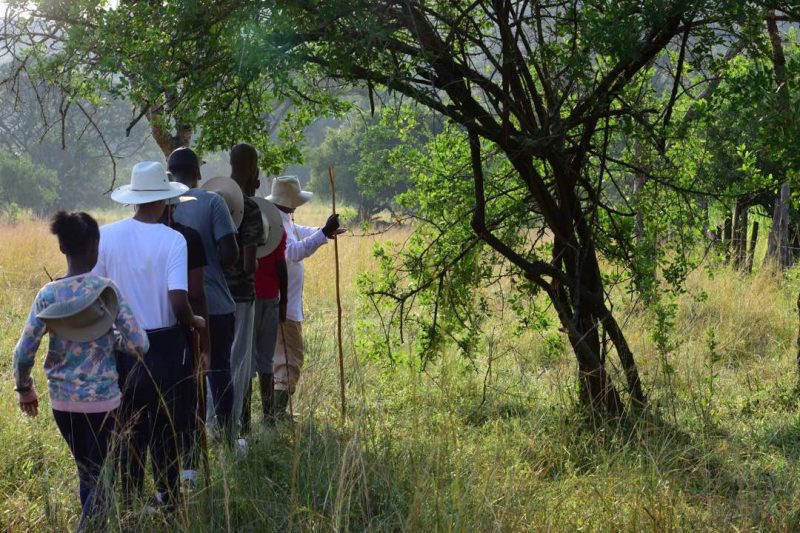