The Kampala – Entebbe Expressway is the first of its kind in Uganda that connects the City of Kampala to Entebbe International airport with a spur of Munyonyo. 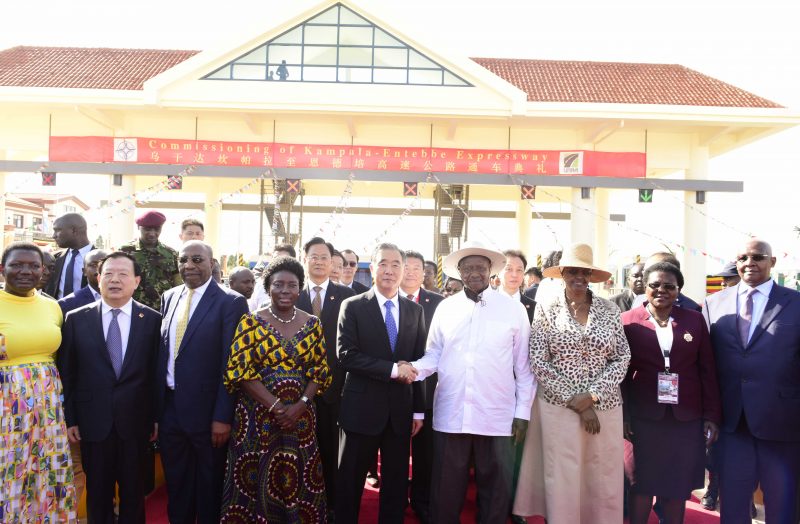 The project that was co-funded with a loan from the Chinese EXIM Bank and the Government of Uganda, is a 4-lane carriage that is 36.94 kms that connects Entebbe International Airport to Kampala Northern Bypass at Busega. It has a 12.62kms loop from Kajjansi on the Kampala – Entebbe route to Munyonyo.

President Museveni, who was grateful for the continued decisive economic support from China to Uganda, noted that the successful Kampala-Entebbe Expressway project was a result of the enhanced Chinese-African support. 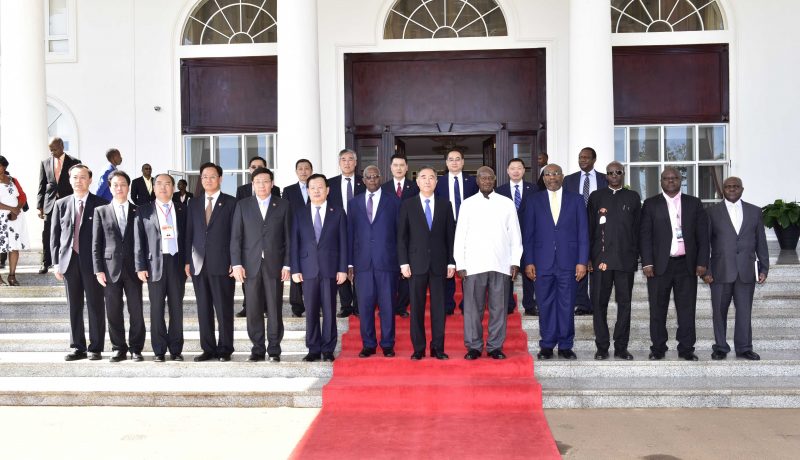 “We salute the far sighted Chinese leaders who opened up the economy of China since 1978. With this enhanced capacity, the Chinese government and Chinese companies have not wasted time in coming to the support of Africa, Uganda included,” he said.

He further noted that the relationship between China and Uganda is not only a historical one but also a mutually beneficial relationship because Uganda also greatly contributes to the economy of China by importing from the Asian economic powerhouse massively. 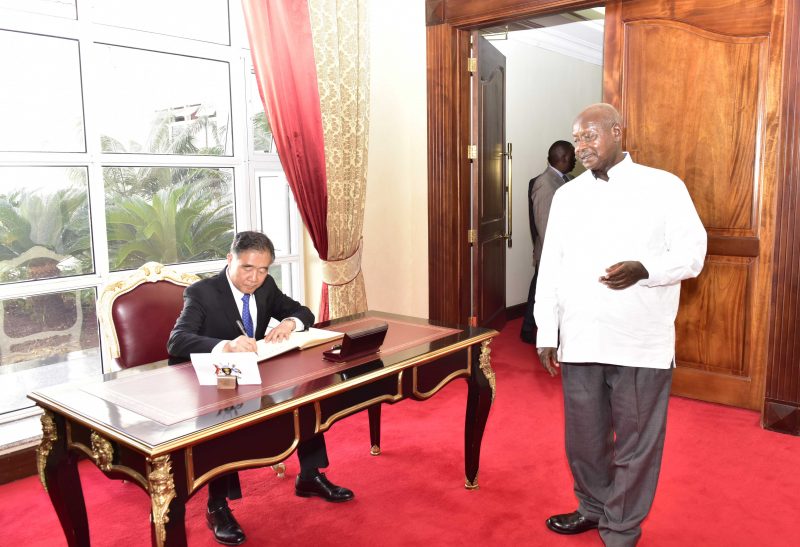 With the recently signed Continental Free Trade Area (CFTA) in Kigali, Mr. Museveni continued, Africa was a potentially powerful trading partner with anybody interested in business because it is 12 times the size of India and a current population of 1.25 billion and which is still increasing.

He reminded Ugandans that unlike the previous roads that were free to use, the Expressway was to be paid for as well as the other proposed expressways like the Kampala- Jinja and the the Busega- Mpigi expressways. He, however, noted that those who would not be able to pay a small fee, would still use the Kajjansi route which the government was planning to renovate. He assured the public that CCTV cameras would be installed to sort out the issue of robbers. 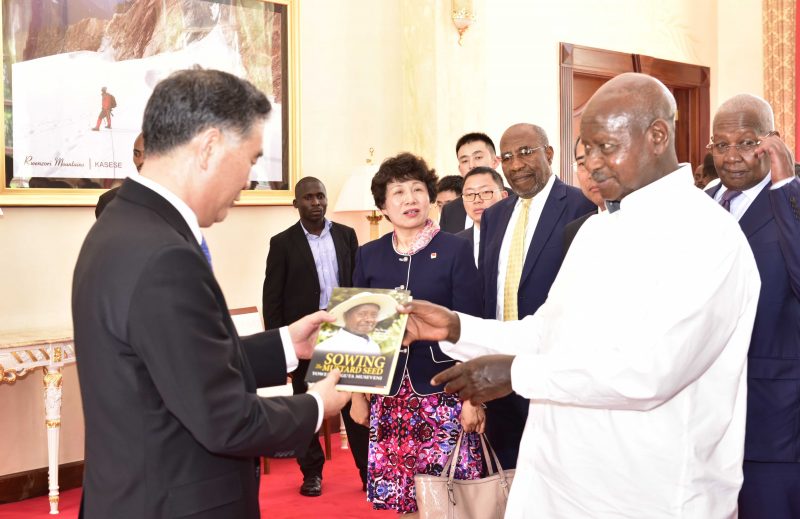 The Minister for Works and Transport, Hon. Monica Ntege Azuba, expressed gladness that the Expresshighway was part of the 2011-2015 NRM Manifesto commitment that has been fulfilled. She thanked stakeholders in the project, like the Uganda National Roads Authority (UNRA), for a job well done and appealed to the locals to protect and preserve the road furniture as they use the road.