Bodaboda 2010 head Abdallah Kitatta arrived Tuesday morning at the General Court Martial for mention of his case where he is accused along with his group members of unlawful possession of firearms.

Kitatta arrived at the court shackled in chains  much to the heartbreak of dozens of his family members and friends.

He also seemed to walk with a lot of unease as though he was in pain.

Some of the relatives and friends were seen breaking down in tears as Kitatta waved to them on his way to the courtroom.

In the meantime, Military police deployed heavily at the army court following rumors that there was a plan to bring groups of people to destabilize today’s court sitting. 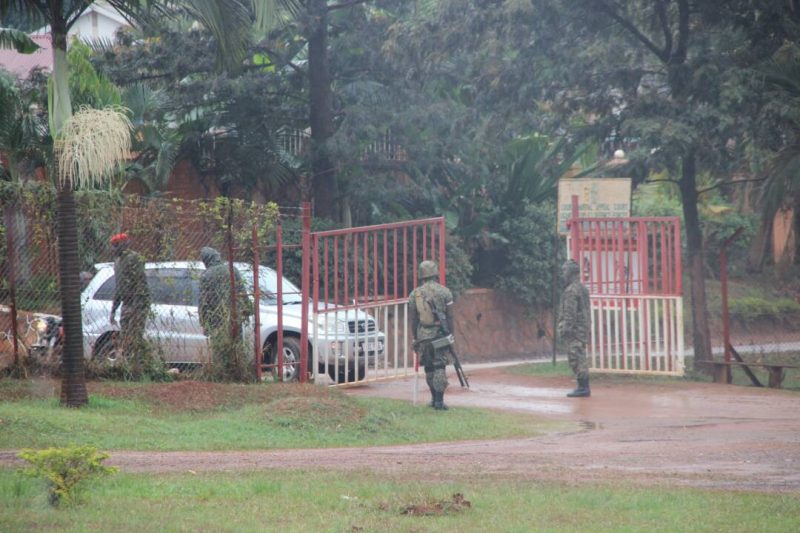 The deployment stretched from Makindye Magistrates Court on the road from Kibuye to Luwafu and was managed by military police personnel.

In the court yard stood military men heavily armed with AK 47s and PK riffles together with batons ready for action.