One of the biggest East Africa’s premier music and arts party finally went down over the Weekend at the Indian Association Grounds in Lugogo.

Though the venue was changed, the shift in venue from Lugogo Cricket Oval to the Indian Association Grounds did not sway fans away from the quarterly event.

Revelers started flocking the venue as early as midday as they were seen struggling to access the venue. By 5 pm, lines could be seen stretching all the way from the StarTimes stadium and never seemed to be moving.

Cathy Twesigye, Brand Manager Value Beer at UBL told Chimpreports that they decided to shift the event from Cricket Oval to the Indian Association Grounds due to the heavy rains that have been pouring which made the venue unusable for such an event like Blankets and Wine.

“A lot of people have been asking why we moved out from Cricket Oval, but guys to be very honest, it’s been a rainy season, we tried as many venues as possible but the mad has been awful everywhere, so we decided to bring it here. This was a whether choice, the next Blankets and Wine will be in our home; Cricket Oval.” 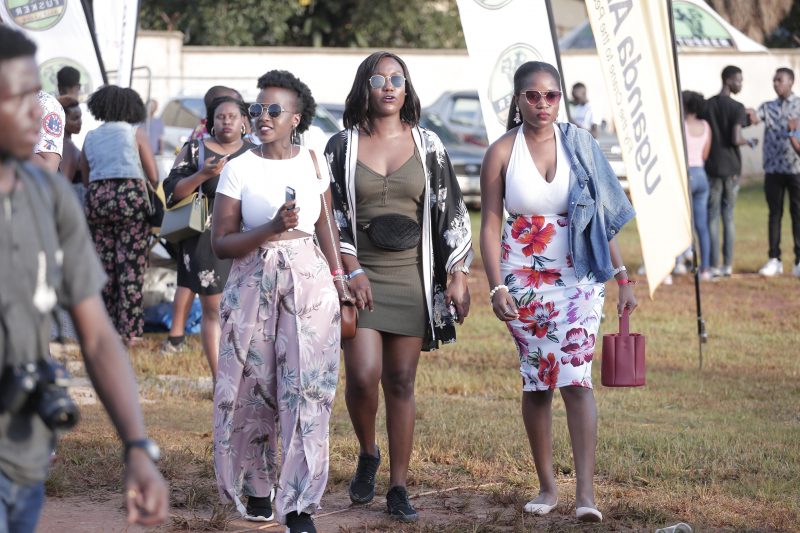 She added that the 24th edition of ‘Tusker Malt Blankets and Wine’ has been one of the best ever as it registered huge sales and tickets were all sold out.

“this has been the most successful event we have ever had as compared to the previous editions.”

The show had performances from the new and fresh talents including Evon, Shawn Maine, Moro Apio, Koojo and Allan Toniks among others who kept the crowds warmed up before Jidenna could entertain them the more.