In the wee hours of today Monday 22 July 2019, the LDU force of Rubaga Division under the command of Lt Col Sabiiti foiled an attempt by a group of thugs who attempted to make away with stolen cars.

The vehicles had been stolen from socialized motors located along Luzira Rd, near the Kampala city abattoir.

According to Brigadier Richard Karemire the Defence Spokesperson, Security agencies got a tip off from wanainchi which resulted into the arrest of the suspects. A racket comprising of eight stole two motor vehicles; UBE 130K Super custom and UBE 737U Mitsubishi pick up both owned by socialized motors.

“After stealing from the bond with the help of the two security guards, the gang drove to Nyanama with the plan of proceeding to the Democratic Republic of Congo,” he said.

Karemire said the LDU force of Rubaga battalion which had been following the sinister plan engaged the gang after learning they were armed.

“A fire fight ensued during which one of the gang members known only by the name of Yasin were gunned down. One SR riffle was recovered from the gang.”

Preliminary intelligence information indicates that, Yasin was released three months ago from Luzira upper prison where he had been serving on charges of aggravated robbery. 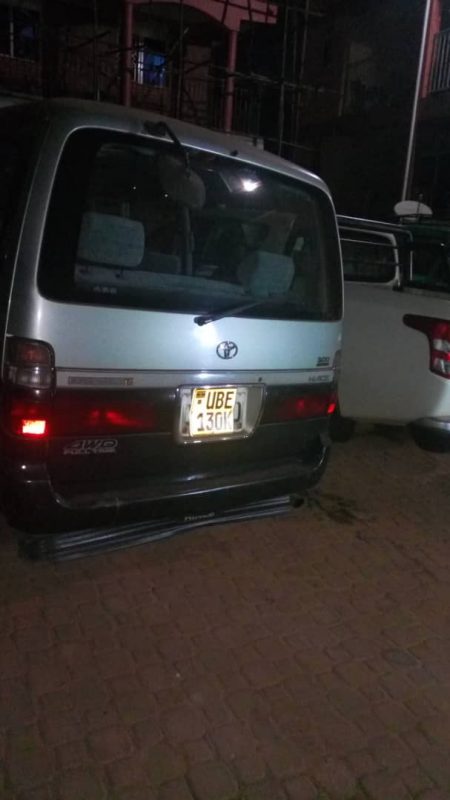 military intelligence and police detectives are hunting for him.

The other Members of the gang arrested are Ziika Robert, a key cutter on Burton Street. Okello Heartwell, Ochan Yobu, Otto Jasper, Anyone Jimmy and Joseph.

The matter is further being investigated by Katwe Police Station.