A team from the Ministry of Health led by the Ministry Permanent Secretary Dr. Diana Atwine, yesterday July 29, took an inspection tour of the ongoing construction project at the Uganda Cancer Institute which is projected to among other things, reduce patient congestion at the existing facility.

“Upon completion, this project will go a long way in solving the big problem of congestion of patients in the wards and corridors of UCI. It will also reduce on the pressure put on the currently available equipment for chemotherapy and other cancer treatment procedures,” she said.

Apart from aiding the overladen facilities at the UCI, the new structure will also expand avenues for patients to receive treatment, well as reduce the daily pressure put on the available equipment.

“It will also reduce on the pressure put on the currently available equipment for chemotherapy and other cancer treatment procedures,” noted Atwine.

It should be noted that the institute received a radiotherapy machine donated by the government of India earlier this year, as the old only machine was out of shape and had broke down in 2016. However, this machine alone cannot serve the massive population in Uganda.

As such, the new structure, which is expected to be complete by the end of this year, will be yet another solid addition to the institute as Dr. Atwine further explained.

“The project covers to establish more and expand the existing regional cancer treatment centres in terms of infrastructure, training and equipment for specialists to bring specialised cancer treatment services closer to our people,” she said. 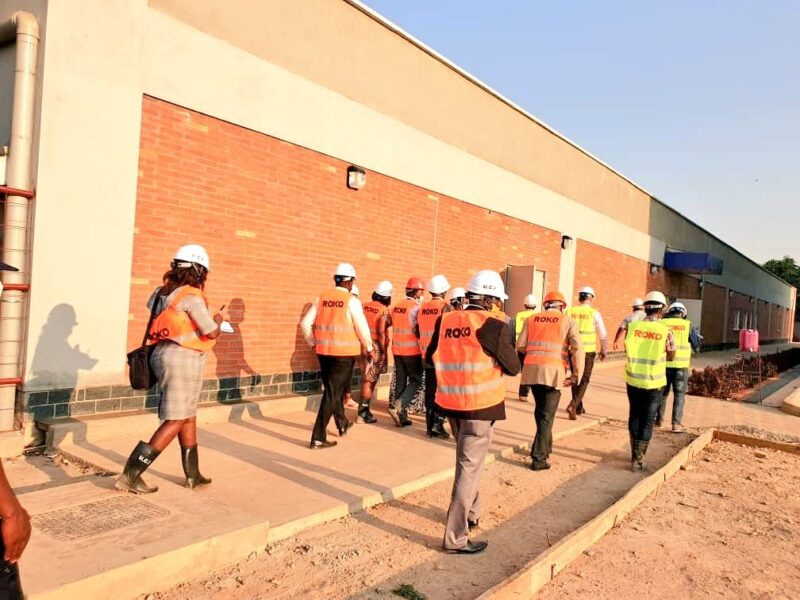 It is estimated that over 22,000 cancer deaths were recorded in 2018. However Jackson Orem, the Executive Director of Uganda Cancer Institute said that covid-19 has provided an opportunity for the institute to show how organised they are and the good things they have been doing.

Dr Orem told reporters that during the last four months, Institute has had to refer some suspected COVID-19 cases for testing elsewhere. While all their referrals finally tested negative, he said cancer patients are at risk of getting fatally affected by COVID-19 and yet the doctors who work on them also risk being exposed especially when they have to conduct surgeries.

Nonetheless, the institute is aiming at installing a system to host patients who come from far, feed them and eventually provide transportation to use to go back home.