Despite the federation’s failure to secure some sponsorship deals for the league, and that recent strike by some of the officials (read Referees and Umpires) – this season’s National Basketball League has had atleast some positives to cheer up the low moods of the Basketball fraternity.

Friday’s encounter between Warriors and City Oilers at the MTN Arena in Lugogo is way up there among the positives thus far.

It was not only a sell-out but it lived to the billing. A cracker of a game it was.

Oiler’s Landry Ndikumana picked the form at the right juncture as he topped the charts with 17 points and 13 rebounds in an ill-fated battle.

Captain Stephen Omony who scored 13 points on the day said: “I think today what I did was play Basketball and I’m glad that my performance today was good. I don’t want to underscore anybody on the team because everyone came out strongly.”

“We are basically trying to rediscover ourselves because we have been having a slump in form but we are slowly picking ourselves,” concluded Omony.

How the battle went down

Like a well written movie script, the defending Champions had a slow start as they struggled to muscle off a brutal Warriors’ side who had started with Buzangu, Saidi, Etalu, Opiyo and Kiviri.

The first quarter ended 15-18 in favour of the Warriors.

Oiler’s coach Mandy Juruni might have given the boys a better team talk as they returned rejuvenated, running riot all over the court and scored 21 points which were just enough to give them a 29-28 lead going into the long break.

It remained a close affair as the Oiler’s took a 3 point narrow lead at the end of the 3rd quarter.

Stephen Omony led the break-away when he scored an unbeaten 7 points into the first 2 minutes of the last quarter to give the team a 9 point lead.

Warriors looked like they had run out of steam as they failed to mount a chase and later, Ben Komakech sealed the victory when he converted both of his 2 free throws, taking the score to 72-62 in favour of the Oilers. 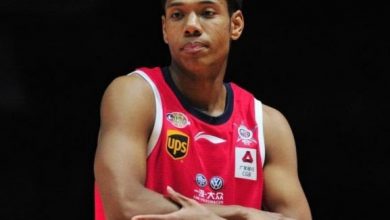