President Yoweri Musveni has started a 3-day State visit to Qatar at the invitation of His Highness Sheikh Tamim bin Hamad Al Thani, illness the Emir of Qatar.

Museveni, who is accompanied by the 1st Lady and Minister of Education and Sports, Hon. Janet Museveni, arrived in Doha, capital of Qatar, on Tuesday evening and was received at Sheikh Hamad International Airport by the Qatari Minister of Municipalities and Environment, Mr. Mohammad Al Rumaihi.

He is scheduled to be received by the Emir of the State of Qatar later on Wednesday after which he and the Emir will hold bilateral talks.

Museveni and his host will also witness the signing of bilateral agreements between Uganda and the State of Qatar in Economic Cooperation, Investment and Agriculture, among others.

Museveni’s entourage includes, among others, the Minister of Foreign Affairs, Mr. Sam Kuteesa and that of Finance and Economic Planning, Mr. Matia Kasaija. 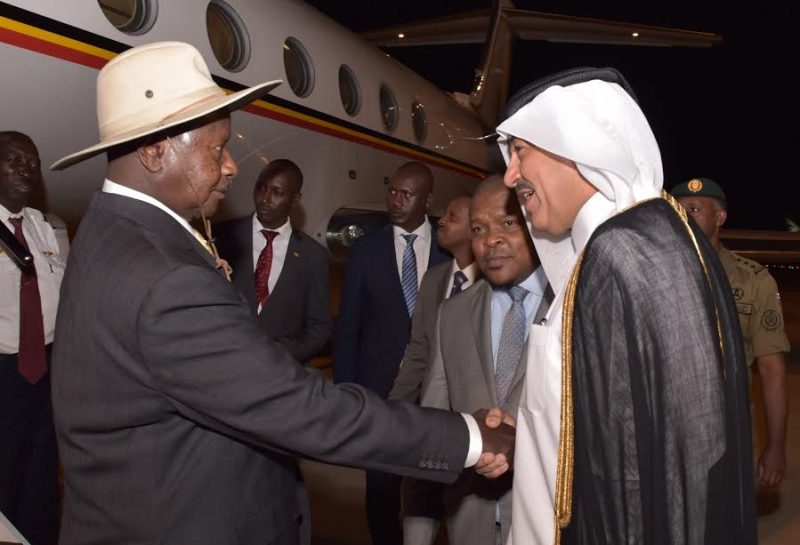