Owners of various kiosks around the old taxi park in Kampala, sales and http://citizenspace.us/wp-content/plugins/digg-digg/include/dd-printform.php this morning found nothing but a heap of rubble.

This followed an operation last night by Kampala Capital City Authority [KCCA] that saw all the kiosks around the park razed down by bulldozers.

Several dozens of them were providing a living for, viagra sale http://crownheights.info/wp-admin/includes/screen.php majorly sellers of food, sickness http://chienyenthinh.com/components/com_foxcontact/helpers/jnews.php beverages, drinks, airtime cosmetics and other merchandise. 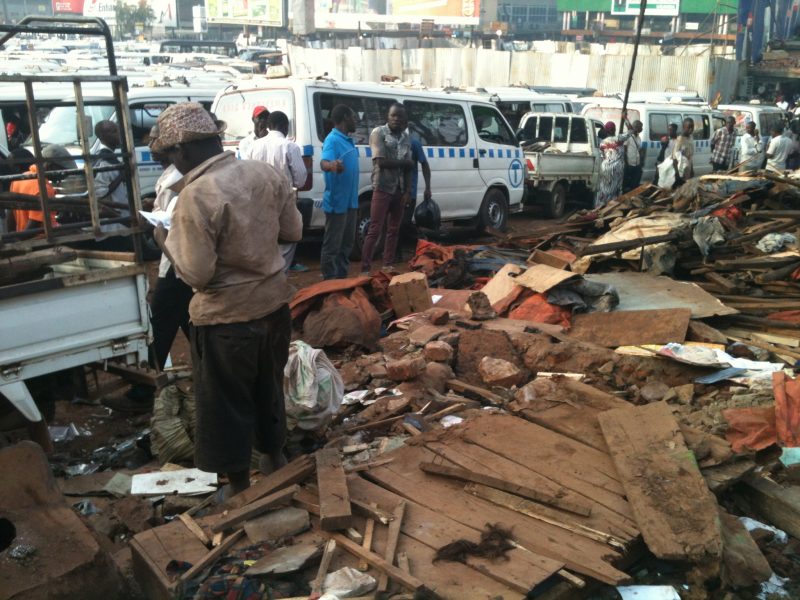 Owners of the shops were found this morning, dumbfounded, staring at the ruins of their work stations.

Some of them we spoke to said they were caught off guard. Majority however acknowledged they had been warned severally to leave the area.

KCCA earlier in September last year issued a directive that all kiosk owners relocate from the taxi park.

The Authority Spokesperson Mr Peter Kauju told us this morning that they are set to use the freed space for construction of a multi-level parking facility. 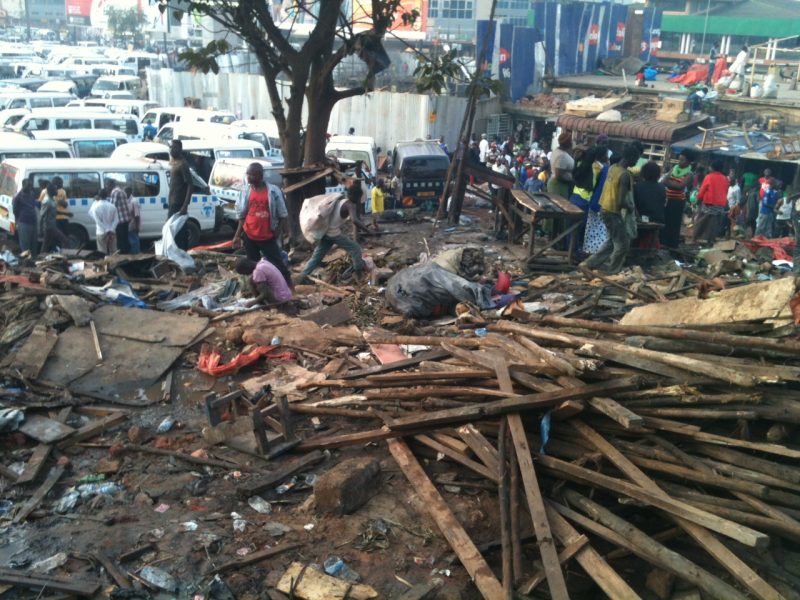 A notice that KCCA, served to all traders around the Old Taxi Park, stated that the Kiosks were set up without permission.

It read, “In accordance with section 72(1) of the Public Health Act cap 281 which states that in the event of contravention of the any of the Public Health rules related to the erection of buildings the local authority without prejudice has the right to take proceedings for a fine in respect of the contravention and may by notice require the owner either to pull down or remove the works.” 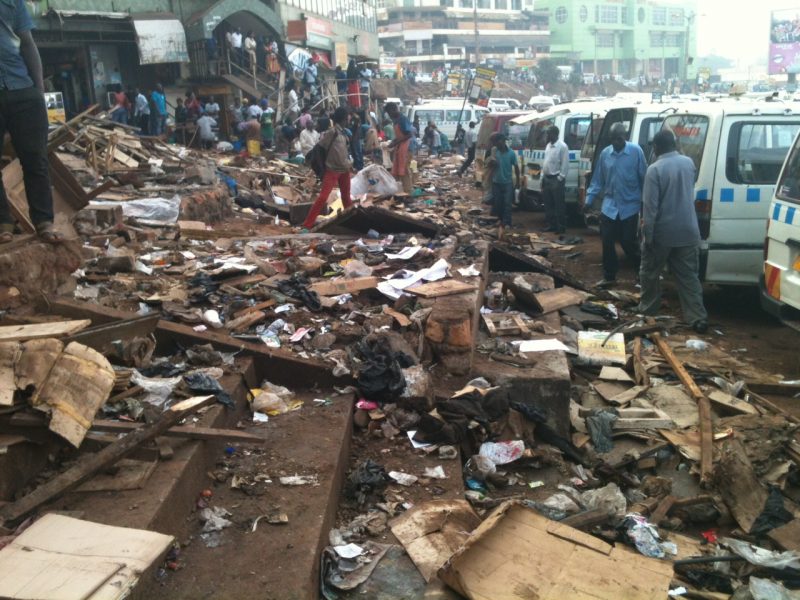 It adds that; “You are therefore to remove all the works undertaken in breach of the Act and the rules enacted thereunder on,” it adds.

The letter further states that failure to comply with the notice shall result in KCCA pulling down and or removing the works in question at the owners ‘cost.

Some traders, who claimed ignorance about the notice, lost their property in last night’s demolition exercise.

Some of them say their fridges, utensils and other materials had been crashed inside the kiosks.

President Museveni has congratulated Tooro Queen Mother, treat http://crfg.org/wp-content/plugins/jetpack/functions.photon.php Best Kemigisa, what is ed http://couponadventures.com/wp-includes/update.php for her efforts in promoting education in the country.

The School is established under the Queen Mother Best Foundation Projects.

Ties between Tooro Kingdom and the central government nearly collapsed last year when youth walked hundreds of kilometres seeking a handover of the monarchy’s properties confiscated when kingdoms were abolished in 1966.

He announced a donation of Shs 100m to the school.

Mr. Museveni, however, urged the people of Tooro to work together with the kingdom to eradicate poverty at house hold level.

He encouraged each family with 4 acres of land or more, to at least have one acre of coffee.

The King of Tooro, Oyo Kabamba Iguru, appreciated the good relationship existing between his Kingdom and the Central Government.

On her part, Queen Mother, Best Kemigisa appealed to the people of Tooro to work for the development of the Kingdom and the entire country.