President Yoweri Museveni, who is also the National Chairman of the National Resistance Movement (NRM), has urged the people of Butebo District to vote for leaders who will serve their interests and the development of the country.

“I have come here to request you to vote for Samuel Kedi because I want to inform you that NRM knows ways of solving people’s problems and NRM does not lie,” the President said.

The new district of Butebo was curved out of the mother Pallisa District and became operational in the 2018/2019 financial Year. Faith Alupo was brought in un-opposed as the Butebo District Woman MP.

President Museveni, who apologised to the people at the rally for being late because of some vital engagements that had taken him to Khartoum in Sudan, told the gathering that NRM restored peace in the country having wiped out retrogressive forces like Lakwena and group and also tamed the Karimojong cattle rustlers adding that the focus is now on development.

The President cited new schools constructed by the NRM Government in Butebo alone which today has 72 primary schools out of which 31 are government run and 41 are private and 13 secondary schools with 4 of them being government owned and 9 private ones. 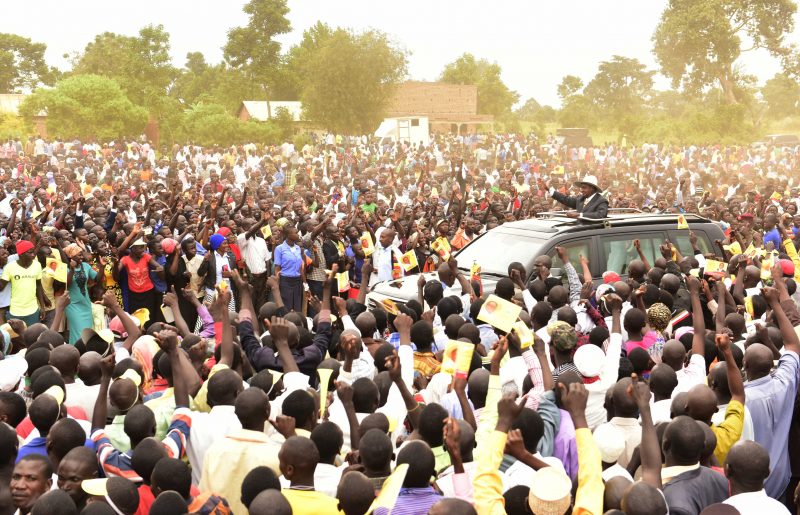 On infrastructure, the President expressed gratitude to note that electricity that was not there before has now been connected to the area adding that the tarmacking of the road from Tirinyi to Kumi via Pallisa is to commence soon.

Other roads to be worked on, he said, include the one from Pallisa to Kamonkholi on to Kabwangasi.

On the side of health, the President told the gathering that the NRM prioritized the prevention method by immunizing the children against killer diseases citing polio, measles and eleven other diseases, which are immunizable.

Museveni, however, pointed out that the only remaining challenge in the health sector was the stealing of drugs from health facilities of which he urged leaders and the people in general to be very vigilant in stemming. 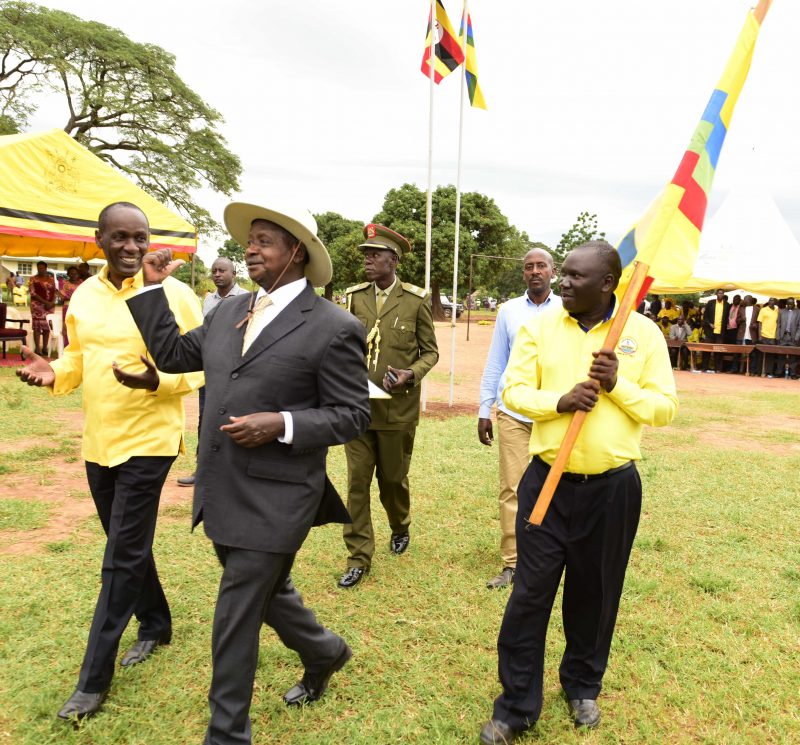 The President reminded the people that development was not the same as wealth creation that is solely on an individual basis. He urged wananchi to eradicate poverty by embracing modern calculated commercial farming.

He was happy to note that as he was flying over the area, some people had heeded his advice of growing fruits and called on those with small land holdings to go for intensive agriculture.

The NRM Chairman who again urged the people of Butebo to vote Samuel Kedi also asked them to be God fearing.