President Yoweri Museveni arrived Thursday in the Ethiopian Capital Addis Ababa for the African Union high-level consultation meeting on the state of affairs in neighboring Democratic Republic of Congo (DRC).

There, Mr. Museveni joined 16 other heads of state for the meeting that was convened by Rwandan President Paul Kagame who is the current chairman of the African Union.

The meeting , whose agenda was undisclosed is taking place at the AU Headquarters. 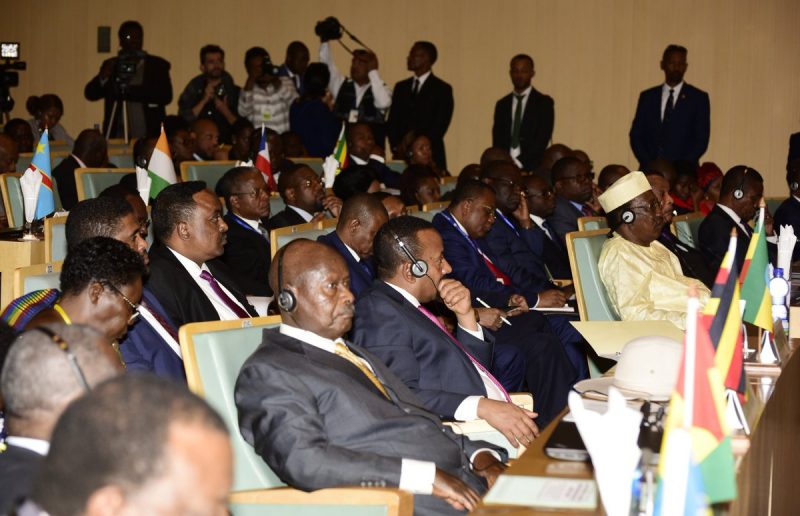 Before the meeting, there was an internal consultation meeting by the Southern African Development Community (SADC) to which DRC is a member.

DRC just emerged from its long delayed presidential elections after which the country’s electoral commission declared Felix Tshisekedi as President.

The election exercise is being challenged by various groups including the Catholic Church, one of the most powerful institutions in the country.

One of the election contestants Martin Fayulu, claimed he won the election and accused Tshisekedi of conniving with the outgoing leader Joseph Kabila to steal the election.

The AU had, however, earlier recognized the presidential results, saying they were conducted under “conditions deemed satisfactory.”