First Son and President Yoweri Museveni’s senior advisor Lt Gen Muhoozi Kainerugaba on Wednesday stirred speculation after he appeared for the first time, to align himself directly with the long held belief among sections of the public, that he has eyes on the Presidency.

For years, Gen Muhoozi has distanced himself from rumours of his supposed presidential ambitions.

On Wednesday morning however, the First Son in an uncharacteristic move, described as a “blessing” the so-called Muhoozi Project, – an alleged plan by President Museveni to install him as his successor.

In a cheeky social media post, the 45-year-old said the Muhoozi Project, which was initially designed to be destructive, had turned out to be a blessing.

“Some evil people coined this phrase to try and destroy us! But trust my generation to convert every curse into a blessing! Thank you Ugandans!” he tweeted. 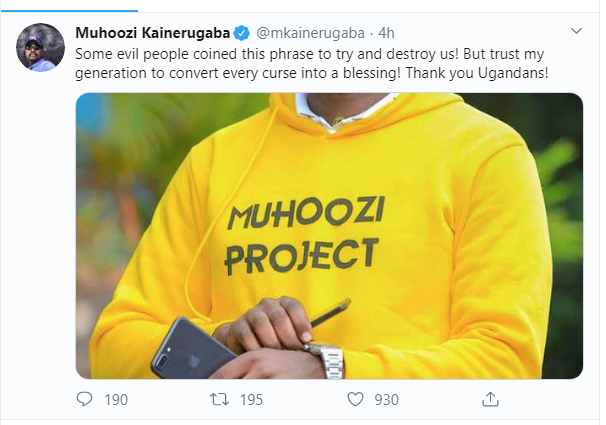 The term Muhoozi Project was first brought up by former Coordinator of Intelligence Agencies, Gen. David Sejusa, in May 2013.

In a letter to Director General Internal Security Organisation (ISO), Sejusa alleged then that certain individuals opposed to the Project had been targeted for assassination.

The claim became so polarizing and infuriated President Yoweri Museveni, forcing Sejusa to exile himself in the UK.

In the months that followed, Muhoozi elected not to comment on the matter, but with the backlash lingering perpetually, and more people coming out in support of his presidency, he in 2014 issued a statement categorically distancing himself from the allegations.

Through his spokesperson Maj Chris Magezi, Muhoozi said the youth groups that were carrying placards appealing to him to run for office, did not represent his views

“The youth groups are discussing political issues, which as civilians they are entitled to but Brig. Muhoozi has no intention to enter political activity for the foreseeable future,” Magezi said in the statement.

Earlier, President Museveni had also stated that his son had zero interest in politics.

“I have seen him through his entire life, but I haven’t spotted in him a single interest to run even for chairmanship in an LC 1 Council. His heart is solely in combat, its worthless wasting your space writing about this,” Museveni told press at State House Nakasero.

In 2017 during an interview with national broadcaster UBC, Muhoozi still emphasized that his heart was not into political leadership.

This, he said was the reason he tended to stay away from media appearances.

“It is not something that I am considering, because I’d say I have been busy with the military and it’s quite a demanding job,” Muhoozi said.

“That is why I have not had so many interviews, over the seven years that I have been commander of what we call this high-speed unit. Things are always happening. It is not something that I think of now. I don’t think of joining politics.”

But his transfer from the Command of the Special Forces Command (SFC) and subsequent appointment as a Presidential Advisor in January 2017 quickly rekindled the speculation on his preparations for the political scene.

In recent months, Muhoozi’s demeanour has also appeared to gravitate more towards politics.

He’s become much more engaged in public meetings and solidified his presence on social media, which he has often used to air out his views that range from heart-warming to hair-rising.

Even though, perhaps because of his ambiguity on the political question, there has not been a proper way to determine his public support; it goes without saying that the First son commands considerable admiration especially among the younger membership of the ruling National Resistance Movement.

In a 2016 ChimpReports Opinion Poll, Muhoozi’s name came out on top of those suggested to replace President Museveni.

And while specially the political opposition is sternly against Museveni being replaced by his son, some political commentators believe Muhoozi’s ambitions should not be limited by this family.

“Our Constitution guarantees those aspirations: All the people of Uganda shall have access to leadership positions at all levels. It goes further to state that the exercise and enjoyment of rights and freedoms is inseparable from the performance of duties and obligations. Nowhere is it implied that whence one is born should be a point of contention,” says Uganda Media Centers Dennis Katungi.

“It is the duty of every citizen to be patriotic and loyal to Uganda and to promote its well-being. The citizen is enjoined, in our constitution to engage in gainful work for the good of the family, the common good and to contribute to national development.” 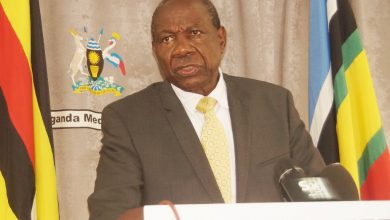