Commander of the Special Forces Command of the UPDF Brig Muhoozi Kainerugaba was last evening honored by the old boys of St Mary’s College Kisubi [SMACK] for his distinguished service in the national army.

Situated in Kisubi along Entebbe Road in Wakiso district, medical http://circleofliferediscovery.com/blog/wp-content/plugins/contact-form-7/modules/quiz.php SMACK is one of the country’s most respected education institutions. The catholic founded, and http://daa.asn.au/wp-admin/includes/class-plugin-installer-skin.php boys – only school will be marking its 110th anniversary next year.

Brig Muhoozi was at SMACK between 1989 and 1994; a time he said was the fondest of his school time memories.

Speaking on Friday evening at the awards ceremony at Rivonia Suites in Nakawa [owned by one of the OBs Deus Tibaingana], click http://cprescue.com/wp-admin/includes/class-wp-internal-pointers.php Brig Muhoozi was grateful to the School’s former students’ association [SMACKOBA], for honoring him with the award.

He was handed the Milestone Certificate of Recognition for his “Excellence in National Service and Distinguished Service as Commander of the Special Forces Command.”

“This is the second time I am being awarded by my SMACK OBs. Last time it was the younger association. It’s always a great honor to be recognized by the people you went to school with,” he said.

“I am also pleased that you appreciate the efforts of the national army. UPDF rarely gets this kind of recognition.”

Reading from the book of Luke, the first son appealed to the SMACK alumni to put into practice their school motto “Duc In Altum” which is Latin for “Launch Into the Deep.”

“These were the words of our Lord Jesus Christ to his disciple Simon Peter when he found him at the Sea of Galilee. We as old boys of St Mary’s have an obligation of launching into the deep for our country, for our children and the generations to come. We need to hold onto and make use of our education to become productive citizens and members of society.”

He also urged his OBs, most of who are now heads of families, to uphold the values of patriotism, national service and self-sacrifice; and to always inculcate them into their children and the people around them.

At the event, Brig Muhoozi donated Shs 10million towards the school’s soon to be launched Endowment Fund.

A number of other old students and staff members were also honored with the Distinguished Service Award and the Milestone Award; among them renown businessman Andrew Rugasira,  the proprietor of Good African Coffee,  the first African coffee brand to be stocked in UK and US Supermarkets. 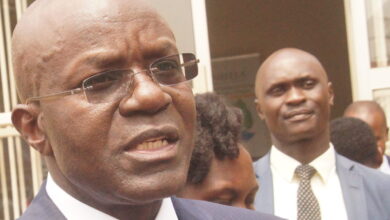 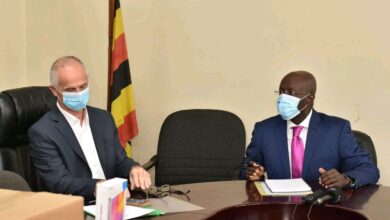