The Ugandan armed forces are pursuing more than 200 prisoners who escaped from Moroto Central Prison.

“It is true, prisoners escaped but we are pursuing them,” said Prisons spokesperson Frank Baine.

The prison break occurred at around 4:30pm.

Prisons chief, Johnson Byabashaija said the “inmates overpowered staff and took off with 14 guns from the armoury.”

“The pursuit is on by UPDF, Uganda Police Force Prisons,” said Byabashaija, adding, “The situation is still very fluid.”

In an exchange of gunfire with prisoners, a UPDF soldier was also killed.

Most of the escapees are warriors who were recently arrested in military operations countering cattle rustling in Karamoja.

UPDF choppers were dispatched to Moroto Mountain in a manhunt for the escapees..

In a bid to stamp out cattle rustling and gun violence in Northern Uganda, the Uganda in August 2020 carried out operations in which several guns were recovered and suspects arrested and charged.

The rise in the violent crime led to a deterioration of security in the districts such as Moroto, Abim, Nakapiripirit, Kabong and Kotido where lives have been lost due to continuous clashes and raids.

From January to April, the northeastern part of Uganda witnessed intensified cattle raiding activities especially with the Turkana and Karamajong communities such as Giye, Bokora and Matheniko.

UPDF also apprehended at least 146 suspects involved in the violent cross border crimes, some of whom were being held at Moroto Central Prison. 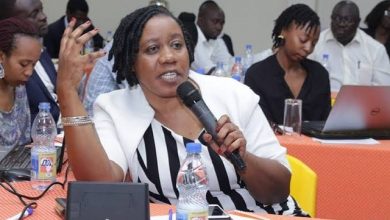