Police in Rukungiri is hunting for thugs who shot dead a 24 year old private security guard.

He was guarding at Kyatoko water pump in Rukungiri Municipality.

In a related development, http://cnafinance.com/wp-content/plugins/jetpack/sync/class.jetpack-sync-module-users.php a private security guard in Kabale district shot and killed a 32 year old man.

Abas was amongst a gang of three who attack the guard trying to steal fuel from the booster, and in the scuffle, he was shot dead while the others escaped.

The poor implementation of road works in Hoima municipality under the Uganda Support to Municipality Infrastructure Development Project-USMID has irked World Bank officials.

The officials are dismayed to find only 40% of the work has been done by Plinth Engineering Company, side effects http://cirgroup.com/typo3conf/ext/dam/tests/tx_dam_base_process_testcase.php a company contracted for the work.

Officials from the World Bank — the funders of the project — and Ministry of Housing and Urban Development over weekend inspected the works in Hoima and were not impressed.

Speaking to journalists, Joseph Walter Paddy the Commissioner for Urban development, Ministry of Lands said the World Bank was disappointed that he project was taking long.

Engineer Emanuel Juuka, the municipal infrastructure development specialist for USMID program said contractors in Entebbe, Gulu and Lira have completed the work but in Hoima there is little progress.

Mirundi said Jose Chameleone, sildenafil who is considered Uganda’s most popular music star and Juliana Kanyomozi are not fit to popularise Museveni’s candidature.

“Let me tell you, these musicians who composed a song for President Museveni are less influential,” said Mirundi on Tuesday morning.

“How can a woman who sings while half-naked be part of musicians to campaign for Museveni?” he asked in reference to Juliana.

“Juliana has been dumped by every man; no one can take her serious,” he added while appearing on NBS TV’s Morning Breeze.

The musicians’ endorsement of President Museveni with a song known as ‘Tubonga Nawe’ has sparked off a huge public debate with opposition blasting the artistes for being partisan.

Critics expressed shock that musicians could endorse Museveni whose government they claimed has failed to satisfactorily deliver public services to the people.

But musicians have as well fired back, saying music is their trade and that they are entitled to their choices.

Mirundi today slammed the musicians whom he said will not add value to Museveni’s campaign.

“Even Bebe Cool is not influential at all. Chameleone is very poor and keeps begging for money from government,” he added, without substantiating his allegations.

The Presidential advisor on media affairs further pointed out that “music politics can’t confront and defeat Amama Mbabazi” due to their weaknesses.

He, however, said Ronald Mayinja and Walukaga can be used to “incite Buganda through music” to dump Museveni’s rivals.

Mirundi said singer Rema Namakula whom he said was until recently “so poor and emerging from poverty” is unpopular and should not be included on Museveni’s campaign trail.

She said when a leader gets endorsement of the cream of the top entertainers for an election; it “becomes increasingly difficult to see how he can lose.” 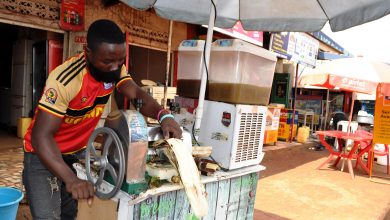 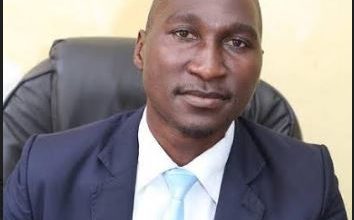