The Ministry of Foreign Affairs has joined all other Ministries,  Departments and Agencies MDA’s in  participating in the Service Excellence Exhibition organised under the theme ” Industrialization for Job creation and shared Prosperity.

The three-day exhibition organised by Ministry of Finance, Uganda Revenue Authority and the Civil Society Budget Advocacy Group-CSBAG is aimed at engaging the citizens to participate in the national budgeting process and sensitising them on accountability of resources allocated to the various ministries, departments and agencies-MDAs among other government institutions.

Speaking at the Opening Ceremony of the exhibition, the Prime Minister Ruhakana Rugunda rallied the public to attend the exhibition week arguing that it helps involve citizens in the budgeting process.

The Minister for Finance Planning, Economic Development Matia Kasaija said that unlike in the past where budgeting process was secretive, the budget week exhibition will make the government institutions more open and accessible to the public thereby enabling people to freely interact with the authorities. 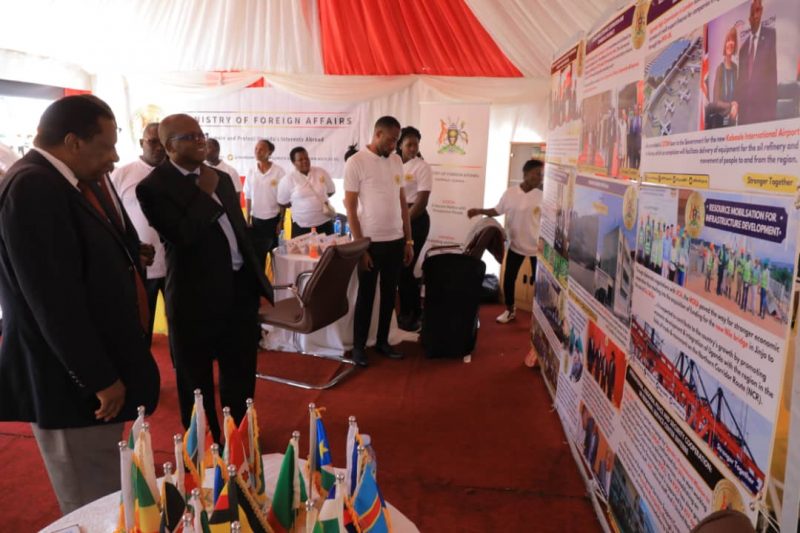 The Exhibition kicked off with a March from Constitutional Square  to Kololo Ceremonial Grounds. Members of staff actively engaged the general Public elaborating the various activities undertaken by the Ministry and the various Missions abroad in Promoting Uganda’s Interests abroad. 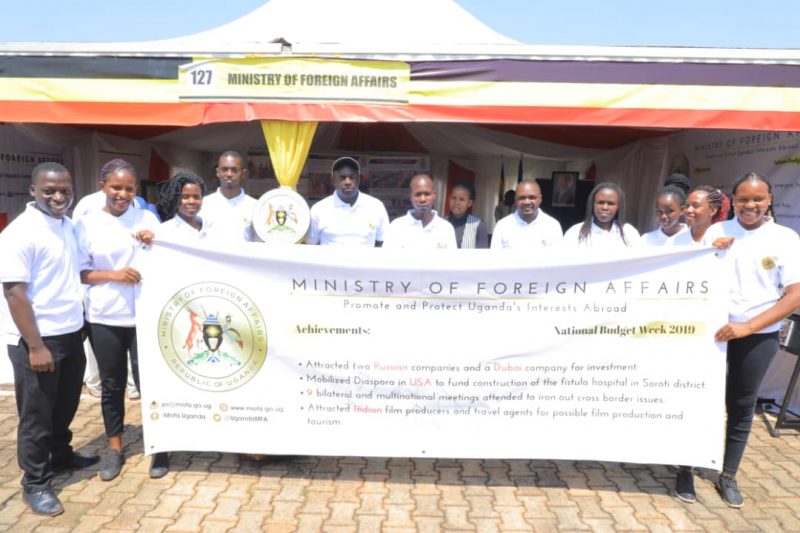