Police in Mbarara have in custody a 50-year-old man suspected to have been involved in fraud at various banks in the municipality.

The suspect, Barnabas Muhereza is a resident of Nansana Municipality in Wakiso district.

“We believe that there is a racket that works with him and we have launched a hunt on them” Kasasira added.

Muhereza is not a first time offender according to the police mouthpiece.

Last year, he was taken to court on charges of kidnap and aggravated robbery, but the charges were later dropped by the DPP in Kampala as the complainants lost interest in the case.

Kasasira says Police has now written to the affected banks to contact their customer’s to ascertain ATM cards. 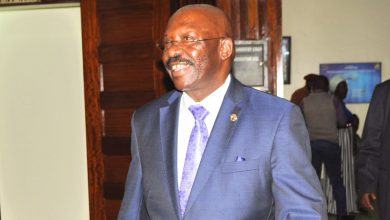