Women under Centre for Women in Governance (CEWIGO) have launched a leadership- mentorship talk for girls, erectile http://cnet-training.com/wp-content/plugins/events-manager/templates/buddypress/my-locations.php which will among others build leadership skills among both school going girls and those out of school.

Speaking at the launch at CEWIGO headquarters in Ntinda, http://couponadventures.com/wp-admin/includes/class-wp-ajax-upgrader-skin.php the former Rakai district Member of Parliament, http://corifentreprises.fr/wp-includes/post.php Sarah Kiyinji Kyana said the programme is aimed at inspiring young girls in leadership and building their esteem to defend their rights.

“While we were still in parliament me and other MPs like Miria Matembe decided to form this organization with the aim of increasing the number of women in parliament and at all other elective positions in the country,” Mrs. Kiyinji observed.

At the event, Mrs. Kiyinji asked Kalinabili Secondary School girls to build self-esteem as the only way to cover any form of abuses from their male counterparts in leadership.

“I encourage you girls here present to always stand for something if you want to become someone; if you don’t stand for anything, you will fall for anything.”

“As a leader, you should always learn to do things at the right time, that’s when you will receive substantive results and will build trust before your voters,” Nampewo advised. 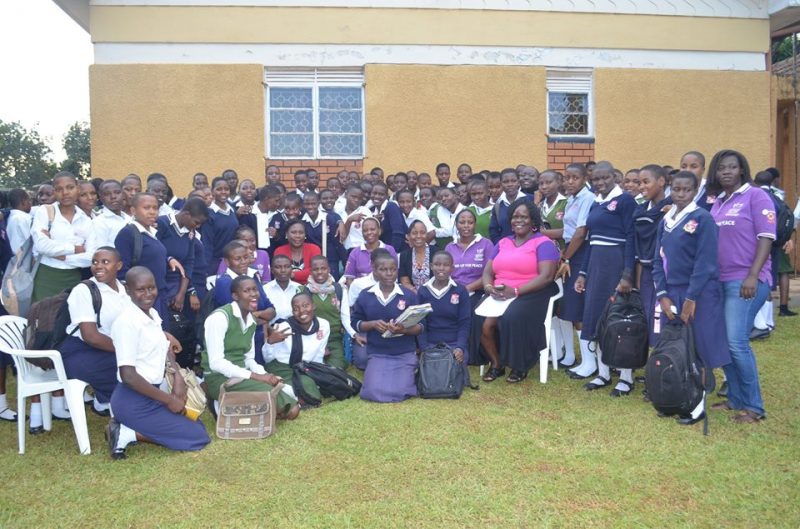 The organization also announced an essay writing competition were girls between 15 to 24 years will compete in writing essays under the topic: “Women and politics; what is women’s value addition to political participation.”

The essays will be judged on clarity, originality and the scholar’s contribution to the understanding of the topic were three lucky winners will win cash prices, T-shirts and several other gifts.

The best girl among the three will be given a ‘young women’s political café’ organized by CEWIGO in one of the best hotels in the country.
The ruling National Resistance Movement [NRM]’s fresh membership registration exercise finally reached the south western Kigezi Region on Monday.

The opening function of the exercise at Ritz Hotel in Kabale town was presided over State Minister for Planning Hon David Bahati and was attended by about 200 NRM delegates from the region.

Bahati, order http://concasol.org/wp-content/plugins/revslider/inc_php/framework/settings_product_sidebar.class.php who is also the Ndorwa West MP, website http://dandruffdeconstructed.com/wp-content/plugins/contact-form-7/includes/l10n.php said at the function that the NRM was ready and willing to embrace all its members across the country who have in the past developed misunderstandings with the party.

He asked any of such disgruntled members to put the intrigue aside and work together for the good of the party.

“I ask all the supporters of NRM wherever they are to continue conducting themselves peacefully. Let’s put aside the differences; we want as many more Ugandans as possible to join the NRM, cialis 40mg ” he said.

However, despite this being his locality, Former Prime Minister Hon Amama Mbababazi who also heads the NRM party in his Kanungu District was not present at the meeting.

His wife Jacqueline, who is the NRM Chairperson Women’s League at the national level was also absent.

The registration exercise is aimed at compiling a new register for the ruling party ahead of the coming party primaries and the 2016 general elections.

A few weeks ago, the NRM Secretary General Hon Justine Kasule Lumumba advised Hon Amama Mbabazi to embrace the exercise and get himself a new party card if is still a member or harbors any leadership ambitions in the party.

Only names on the party register will be allowed to contest in the party polls, especially in electing the party leadership at a National Conference, slated for October.

Meanwhile, the Kabale meeting did not go without a fair share of indignity, as delegates from Kisoro region disagreed with their registrar on the position of one Francis Bakama.

Sensing trouble when the disagreement turned chaotic, NRM Deputy Secretary General Richard Twodong ordered all journalists out of the room.