Uganda Wildlife Authority (UWA) yesterday captured another crocodile that was causing fear among the locals of Kyankwanzi district, Katengyeto Village along River Kafu.

According to the authorities, the crocodile had been threatening lives of community members around the place.

A team of UWA officers in charge of problematic animals came in timely to save the situation.

At the beginning of this year, a pregnant woman was eaten alive by a crocodile in Lolwe sub county,  Namayingo district. 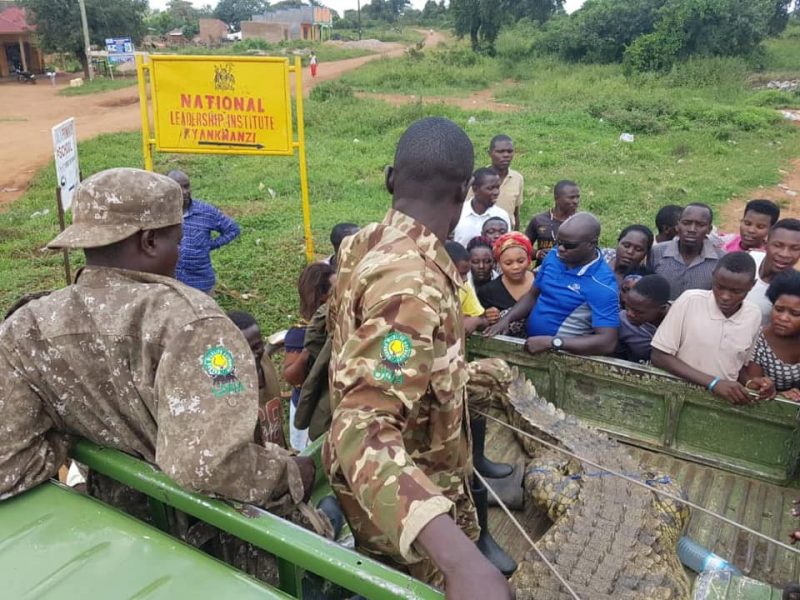 Locals say the reptiles have terrorized them especially, women who fetch water or bathe children on the shores of the lake.