The inspector General of Police Okoth Martins Ochola has made a major shakeup in which he appointed five new directors to head different directorates of the law enforcement body.

The appointees will take up offices but serve under acting capacities.

This has been done to fill up the vacuums which were left by former directors whose contracts had got expired.

In the shakeup, SCP Richard Edyegu was appointed as acting director of Logistics and Engineering replacing AIGP Godfrey Bangirana who was fired recently.

SCP Henry Tukahirwa will head the welfare and production while Commissioner of Police Bazir Mugisha has been appointed to command traffic and road safety directorate replacing Dr Stephen Kasiima whose contract got expired and not renewed.

There was also change in the disciplinary standby court where CP Timothy Halango was brought in as a new member replacing CP Wawire Olivia who is set to retire from the force.

In Anti stock unit, SP Alfred Owili was appointed as deputy commander replacing Joseph Isabirye who was called back to the headquarters in Kampala.

Mr Ochola also made changes in the public relations department where he appointed new regional spokespersons and transferred others.

In this communications department, ASP Isa Semwogerere has been appointed the new regional spokesperson for Savannah region a position which has been vacant for sometime.

ASP Semwogerere has just come back from the mission in Somalia where he has been the communication in charge of Uganda Police contingent.

SP Diana Nandaula who has been the spokeswoman for Kiira region has been recalled to the headquarters.

ASP Tumushabe Lydia who has been the spokeswoman for Rwenzori has been transferred to Katonga.

ASP David Ongom who has been the publicist for North Kyoga has been sent to East Kyoga.

ASP Paul Kangave who has the communication in charge of greater Masaka was recalled to the headquarters pending redeployment  while Vicent Twesige, Kawala Recheal  and Chesang Fredmark have all been transferred.

Below are some of the other changes 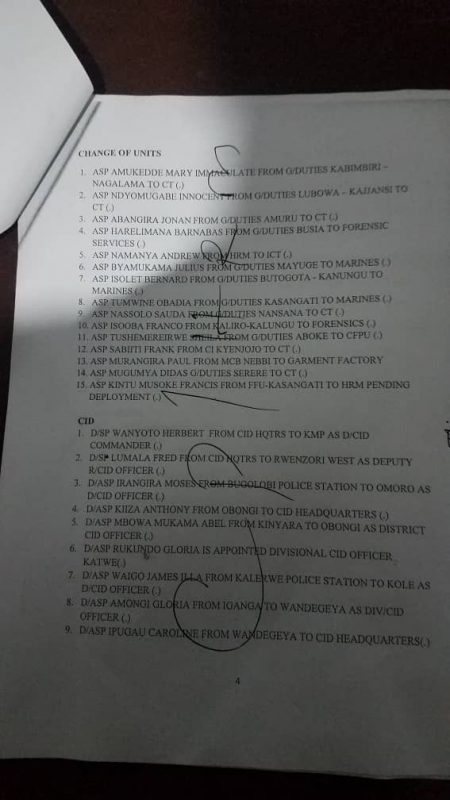 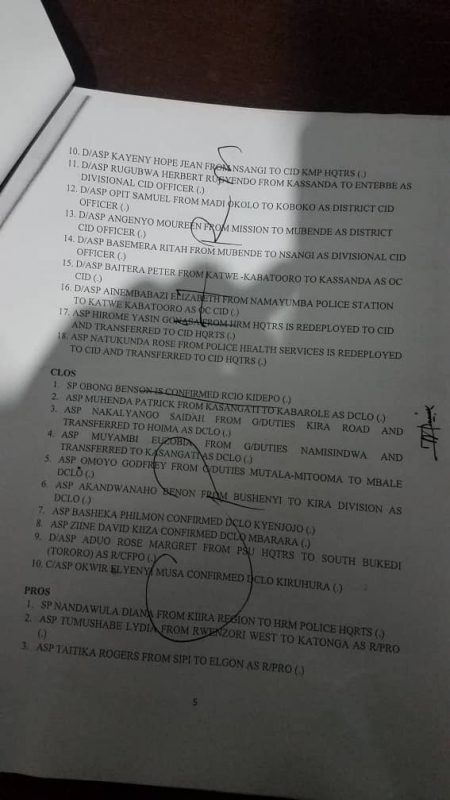 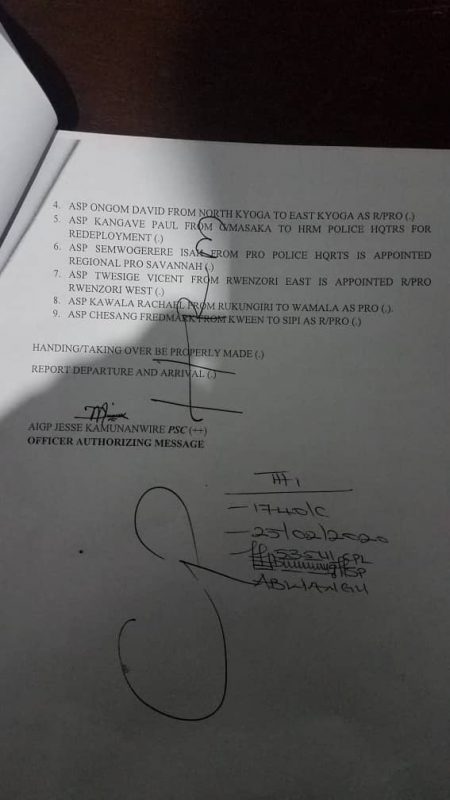 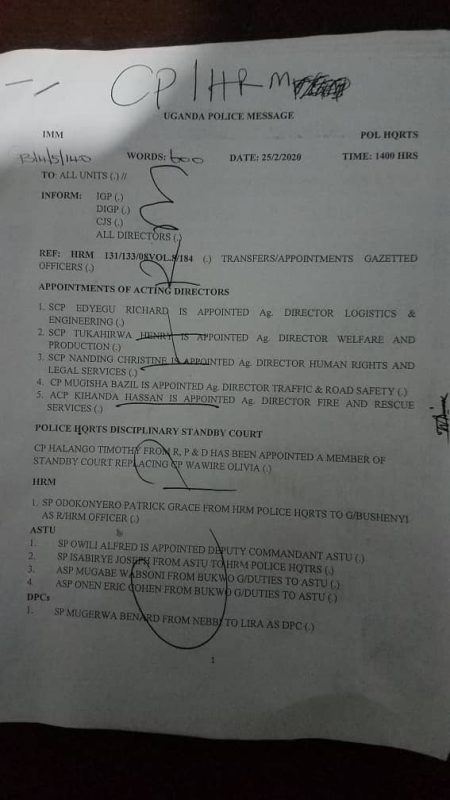 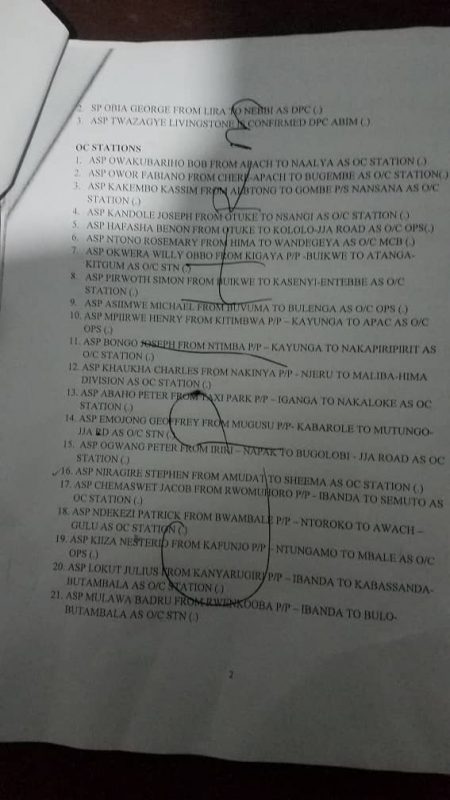 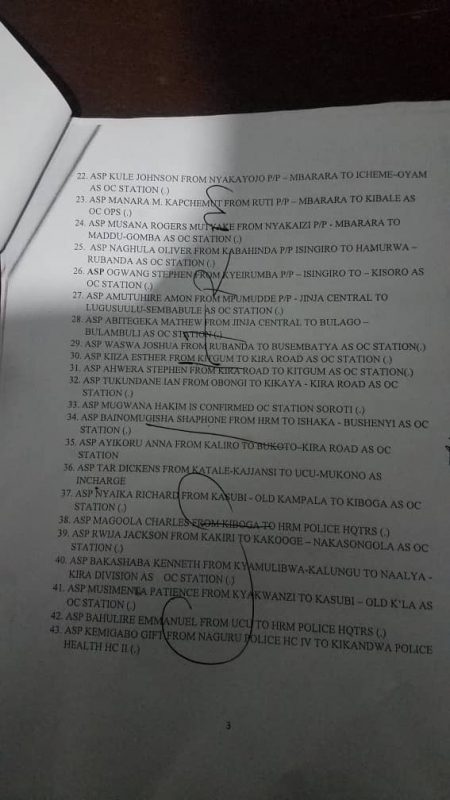