ChimpReports has reliably learned that when calm returned to the surroundings of the presidential palace on Friday evening, decease http://cogocapital.com/lp/wp-content/plugins/thrive-visual-editor/inc/tcb_product.php Kiir in a hastily meeting zeroed on Gen Lado who is from Dr Riek Machar’s faction to take charge of the situation.

Heavy gunfire rocked the neighborhood of State House commonly known as J1 on Friday when Kiir, http://cortrium.com/wp-includes/rss-functions.php Machar, http://conforms.com/wp-content/plugins/contact-form-7/modules/listo.php 2nd Vice President Wani Iga and the Interior minister were in a special sitting to address the animosity that developed between the two SPLA factions the previous day.

On Thursday evening the neighborhood of Machar’s residence in Gudele, Juba experienced heavy shooting between his soldiers and those of Kiir.

The Thursday incident resulted to the killing of 4 soldiers from Kiir’s side.

Both Kiir and Machar who appeared unruffled told the nation in a televised message aired on the national broadcaster SSTV that they did not know what was happening.

“We cannot explain what is happening out there. We are here in a meeting and not in the know of what is outside,” president Kiir said on Friday as the rattle of big guns including artillery were still being heard and tanks seen rolling.

Gen Lado Gore was Machar’s deputy up to when the rebel leader returned to Juba and took the position of First Vice President and the subsequent formation of Government of National Unity.

He is among the 10 ministers from the Machar’s faction in the transitional government.

A source from J1 said Kiir was so bitter with shootings and wants immediate action taken.

“The President was unhappy with the event at J1. He picked Gen. Lado to handle it and he is expecting quick results,” a source said.

Since the return of Machar to Juba in April, South Sudan capital has two armies with two centers of command.

The former rebel leader returned with a force of 1,450 soldiers of which 350 are his direct bodyguards. 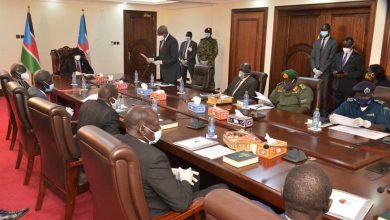 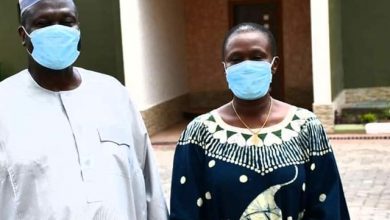