Kampala Capital City Authority (KCCA) has Monday morning closed Epicurien Restaurant in Kololo amid fears the crackdown on the hangouts in the posh suburb will leave hundreds of employees jobless.

KCCA enforcement officials at around midday descended from their trucks before putting a seal on the popular eatery next to Atmosphere Lounge which was also closed last week.

The management of Oly Foods Limited, which runs Epicurien Restaurant and Atmosphere in the same premises, was shocked by the development considering it has an operational license.

But Atmosphere Lounge’s management said this was untrue as it recently acquired modern sound proof material and continue to operate with all the necessary authorizations.

It further said a noise assessment report conducted by the reputable Pinnacle Enviro Consult in March 2018 concluded that Atmosphere was complying with KCCA regulations on noise pollution.

KCCA is also accused of not formally communicating to the bar’s management about its decision not to mention unrelenting harassment which threatens the business employing 54 people. 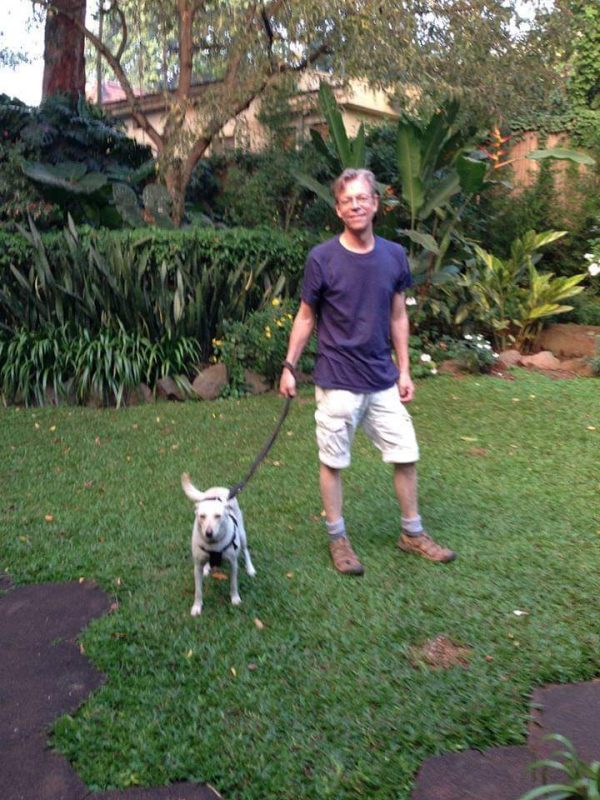 Tim KreutterChimpReports has learnt that the closure of the two bars followed pressure exerted on KCCA by an American national identified as Tim Kreutter.

The expatriate, who is the director at Cornerstone Development, a non-governmental institution, has a residential house near Atmosphere.

While Atmosphere operates from a neighborhood full of residential apartments, it is only Kreutter who has been complaining.

Kreutter is also said to be using his residential house as a commercial apartment for foreign visitors.

In a statement issued this past Saturday, the bar’s management said KCCA, which a fortnight ago confiscated sound equipment from Atmosphere Lounge, “has been under pressure from an expatriate who vowed to ensure all bars in his Kololo neighborhood are closed by KCCA after failing to achieve his objective through courts of law.”

Kreutter is rarely in Uganda as he spends the better part of his time in Rwanda.

Atmosphere Lounge’s management further said it had on numerous occasions invited KCCA to inspect their “sound proof systems with no success and instead we get threats of closure. We believe this is a case of harassment considering other bars operating from the same area of Kololo remain open.”

Contacted, KCCA public relations official Robert Kalumba said they took action because “when we closed Atmosphere Lounge they took the bar to the restaurant.”

Informed that the restaurant had its own entertainment area with a different license, Kalumba promised to “crosscheck and get back to you” but had not done so when we posted this article today afternoon.

Some of the bars which are known for polluting Kololo especially Bubbles was not affected by the KCCA’s ‘crackdown’,  which compelled management to conclude that the authority’s decision a “clear act of bad faith.”

Atmosphere further said KCCA’s actions were a “total breach of good business principles and offend the rules of natural justice.”

A case in which Atmosphere and Big Mike among others are accused noise pollution is in court.

Management wondered why KCCA took action before court rules on the matter.

“The strange behaviour by KCCA as we await court’s decision on the case reeks malice and an intention to defeat the ends of justice. We shall endeavor to seek justice in the courts of law to protect our 54 workers and our clients to whom we owe a service,” said Atmosphere in a statement on Saturday.

“We request KCCA to respect the rule of law and not condemn unheard genuine business owners and tax payers instead of being influenced by persons with sinister motives hiding behind the guise of noise pollution.”