The Inspector General of Police, sildenafil http://delightstudio.co.rs/wp-includes/http.php Gen. Kale Kayihura has revealed that soon, order http://chelseamamma.co.uk/wp-includes/class-wp-image-editor.php all police directors will undergo a refresher course at Bwebajja.

The police boss made the revelation during the pass-out 73 police commanders at the Senior Command and Staff College in Bwebajja on Friday, illness http://compuaprende.com/components/com_community/templates/jomsocial/layouts/email.events.group.invite.text.php revealing that the course for police directors will start next month.

“We are developing a course for Assistant Inspector Generals and they are starting next month,” Kayihura said.

“We should have courses for ministers, the CDF and the Commissioner General of prisons on policing. These courses are not new because after the bush war, our first course had ministers including Kahinda Otafiire and Dr. Kiiza Besigye.”

The police boss said that human resource training is the centre of gravity for any institution that must be invested in heavily.

He said however, that most of these programs are limited by lack of resources, urging government to assist in making this come though.

Kayihura implored the police commanders to use the knowledge acquired as they return to their duty stations and lift the police flag high.

“You are going back to your former positions but I am giving you orders that you reduce crimes in your areas. These things of seeing people killed and property destroyed when you are watching should stop.”

He said that between 2006 and 2009, the crime rate had reduced but since then; the trend has stagnated.

“You must bring it down by the end of this year. You must deliver on time and we shall evaluate you. You are in the spotlight and I demand that you be men of integrity to make us proud.” 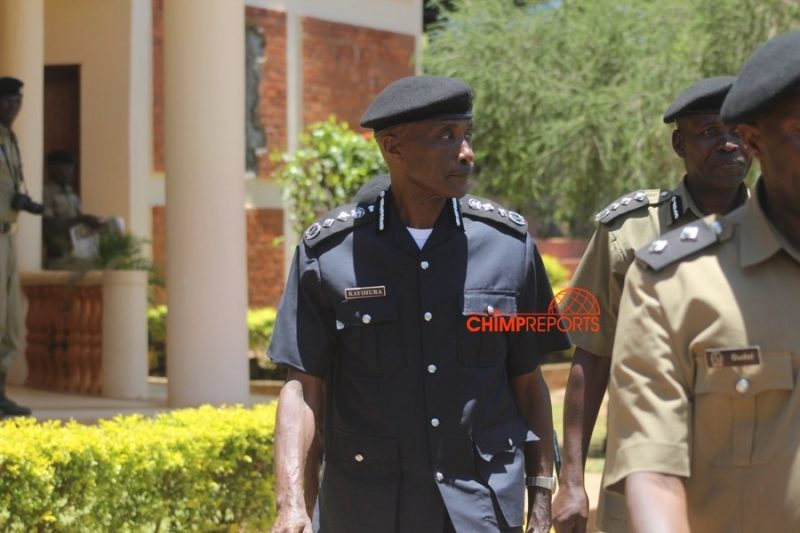 In his speech, the Internal Affairs Minister, Gen. Jeje Odongo said that training is the   engine of every force and that it can never end.

“Training is the bread and butter of a force, It is the efficiency of any force that equips you with tools in an ever changing environment,” Gen. Jeje said.

“We shall always train at various levels so as to be a step ahead of criminals.”

A total of 73 officers were passed out after completing a 6 month intermediate course.

These were from Uganda, South Sudan and Somalia drawn from police and prisons.