After her husband passed on in 2002, Akullu was left with 10 children to raise on a small piece of land; the only asset the family could call its own.

With extreme pangs of poverty striking at the household, she dedicated herself to cultivating the few square meters they had to bring a meal to the table.

As years passed, however, the boys were coming of age too. Akullu knew that it was time to give each one of them space to be independent men. Letting go of the only possession her late husband left behind, she packed her tatters and embarked on a journey to seeking a better life in the Country’s capital, Kampala.

The population of Kampala City soars each day and so does the number of homeless people. The bare cold streets and dusty verandas of various arcades shelter many people, young and old alike.

Reports indicate that at least 8 million people stay in this capital and its suburbs, a certain percentage of which are destitute and spend nights on streets, in the corridors and some of the younger ones, in brothels.

Recent statistics showed that the number of homeless people in Uganda stands at 15000, Kampala taking the biggest percentage. There are various groups of homeless people; some can be seen on the streets while others are not easily noticed, neither can their night fall solace be traced.

The first group of homeless people that we penetrated in our quest to identify why and how they ended up on the streets was the elderly and disabled persons.

These are people who are most noticed on the roads’ sidewalks in the city centre and they spend their day time under the scorching sun, the heavy rains do not spare them either.

During the investigation, Chimp Corps established that this group of the elderly and disabled mostly come from the same region of the country; Northern Uganda and they have almost the same reasons as to why they decided to come to the city, irrespective of whether they could access basic needs like shelter or not.

Most of these left their homelands due to lack of social amenities, poverty and rejection from their families especially those that are disabled.

They operate largely from the busy streets in downtown Kampala as beggars and sleep along Ben Kiwanuka on the verandas of buildings after the business people have locked up to join their families in the surrounding residential areas.

Chimp Corps interviewed some of the street beggars and in this episode we share the story of a one Esther Akullu, a widow who came from Alebtong district, in Northern Uganda with an aim of changing her life for the better.

Akullu is a 60 year old woman, a street beggar who has made a few meters of the sidewalk at Mapeera building along Kampala road her ‘home’ and ‘place of work’. She doesn’t speak any other language apart from Alur, her mother tongue.

During our investigation, Akullu was the most receptive amongst the rest of the people from her group. Language barrier was a shortcoming that deterred our conversations with her as Chimp Corps didn’t understand Alur and neither did she know English or Luganda. This however did not stop me from checking on her and establishing a kind of relationship I can hardly describe.

On one of the numerous visits I made to Ben Kiwanuka Street where most of the elderly beggars sleep, I found  Akullu as she was preparing to rest. Cunning as usual, she introduced me to one of her colleagues and we somehow got along.

Speaking bits of broken Swahili, she (Akullu’s friend) alerted me that they don’t speak Luganda neither understand it but they were glad to see me again. I handed her some coins and left.

Not allowing the new colleagueship to go stale, I visited my new found friend yet again and as luck would have it, I found her seated with a mid aged man on the veranda where she sleeps. With her usual smile, she spoke to him and he welcomed me; offered space for me to sit at the extreme end of the rugged cardboard.

I introduced myself as a journalist to him and he responded, “I’m Ojok Bonny, I just arrived from Alebtong. I came to check on my mother, and a brother who is in prison.”

Despite being a primary six drop out, Ojok could speak and understand English. I utilized the opportunity to interview his mother which they both accepted as he would be my God sent interpreter.

When I started the interview, she pulled out her original National identity card for me to get her clear details. Esther Akullu is aged 60 years and she comes from Akano village, Atinkok parish, Abia sub-county in Alebtong district.

“I could not survive hunger; I could not dig anymore because I had become physically weak,” she said, as she demonstrated with her hands.

Bonny, who is the last born, told me that he loves his mother so much and he at least visits her three times a year. Akullu lamented that her children are very poor and they could not take care of her together with their families because they are jobless.

“When the situation worsened, in 2016 I decided to board a bus that brought me to Kampala in search for a good life. I have never gone back since then,” she narrated.

While in Kampala, Akullu revealed to me, that she has never slept inside a house neither on a mattress nor does she own a blanket. She sleeps on cardboard boxes and covers herself with old bed sheets at Nalubwama arcade along Ben Kiwanuka Street.

Shockingly, when I asked her son Bonny whether he’s comfortable with her mother staying on Kampala streets, he said that he is okay with it.

“I want her to stay here because in the village there is no money, no food and she cannot dig,” he said.

Esther then tapped his son and asked him to tell me that this is now her job and she can’t miss a day without showing up at her spot on Kampala road where she begs from passers-by, as I learnt later from my interpreter.

Bonny also revealed to me that sometimes the old lady sends some money to her children who are needy back in Alebtong.

From this, she deducts her daily costs of feeding, toilet and bathroom where she pays Shs 2000 near the old taxi park. Places of convenience, she said, cost her much because it’s where she does her laundry from.

Looking a bit more joyous, Esther again tapped her son on the shoulder to let me know that she has a target which she wants to meet before leaving the streets.

Like never before, I became inquisitive to know what this target was so I asked.

She happily asserted thus, “in the four years that I have been here, I have been able to construct a four roomed house which is currently at the beam level.”

She then asked me to help her reach out to well wishers who can offer some assistance so that she completes the house; roofing and installing doors. This was confirmed by her son whom she sends the money to help supervise the construction work.

“Help me tell people to give me some iron sheets to roof my house so that when I go back I have where to sleep,” she appealed.

This, she said, will speed up her retirement from the harsh streets. When I asked her about what she can do after leaving the streets, agriculture with Ox plough assistance was her option.

“If I can get an Ox plough and at least two cows I can go back and do farming on the remaining land,” she added.

Akullu might seem like a strong ‘can take it all’ woman but she also has moments dealing with excruciating pain in her life. She is diabetic and also suffers from hypertension.

Medical reports seen by Chimp Corps indicate that she receives medication from Katwe Health Centre III in Kisenyi. Other complications that she’s facing are tonsillitis, chest and waist pains due to over sitting in one place.

Though security does not bother this group of people a lot, Esther said that at times they fall prey to street criminals who snatch their ‘hard earned’ money.

When I reached out to the authorities in Kampala Capital City Authority looking for answers to many queries that were mind boggling about this situation, they declined to comment on the subject despite the various attempts.

Like Akullu, many other elderly people, some of whom are even older, sit all day long, raising and waving their hands to every eye that peeks at them, enduring the bustle of the city dwellers’ endless movements and many other experiences that we can only imagine.

Hope, however, like in Akullu’s case, is what keeps these souls strong and their spirits unshaken because they believe a new day will dawn and life will get better. 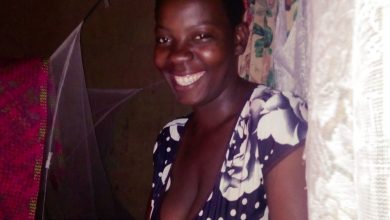 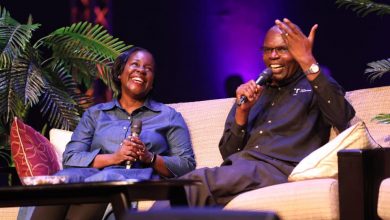 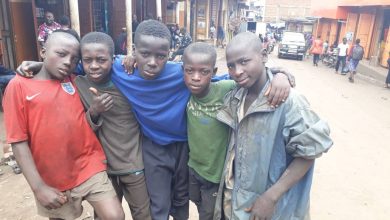 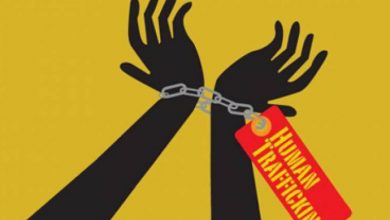 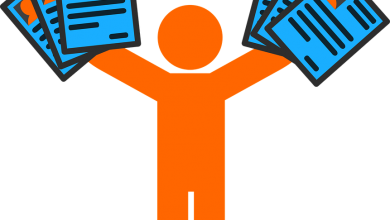 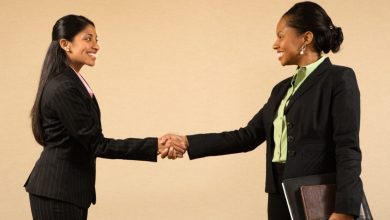