Business came to halt in various parts of Kampala Monday afternoon as police and its sister agencies deployed heavily to curb sporadic protests against the arrest, detention and alleged torture of Kyadondo East MP Robert Kyagulanyi, and his colleagues last week.

Youths in various parts of the city blocked roads and set tires of fire in the protest, and police responded with gun fire and teargas.

The riots are said to be led by the so called “People Power” pressure group.

The riots which have also be reported in a number of city suburbs of Kamwokya, Kabalagala, Kireka , were much more intense in down town Kampala, where forces used live bullets to disperse angry rioters. 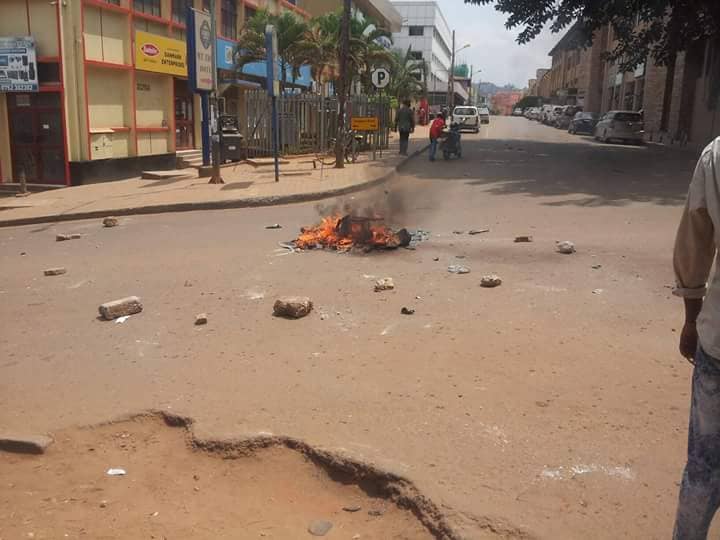 In areas such as Kisekka Market as well as several business streets, people shut down their shops and fled.

Many could be seen walking with their hands up, to avoid being arrested.

Riots have also been reported At Makerere University 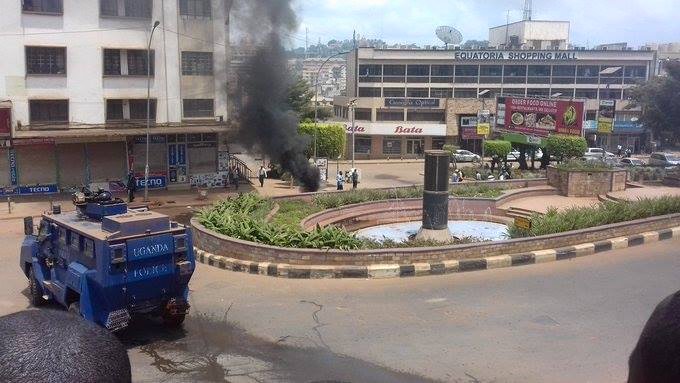 Yesterday at least one person was killed in Mityana where locals protested the alleged torture of their MP Francis Zaake in last week’s election violence in Arua.

Police is yet to speak out today’s riots, although scores of people have been arrested. 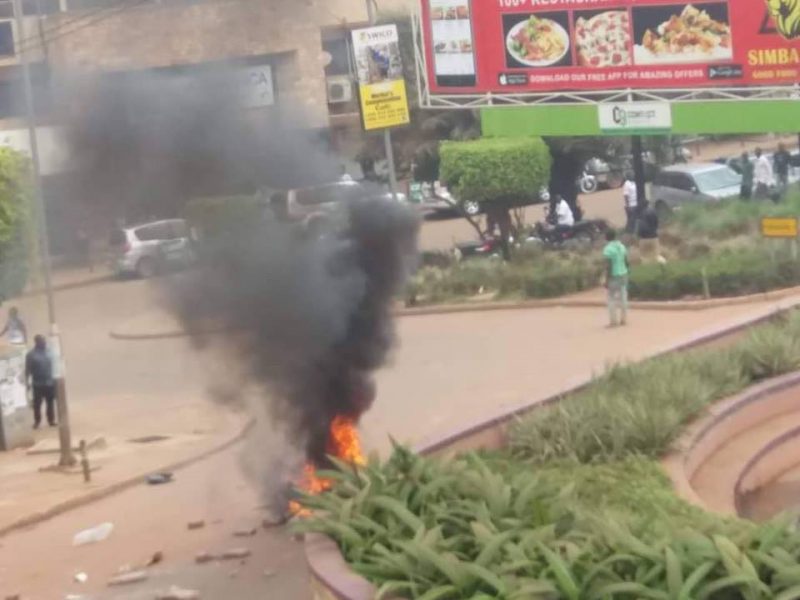