Tanzania based pay TV Azam TV’s Shs 5bn juicy bid to earn the local premier league’s television rights have  trumped Supersport’s chances of rewinning the bid. A consensus between the Federation of Uganda Football Associations (Fufa) and the Uganda Premier League (UPL) was held during the past week to put the issue to rest and the deal has been launched today.

This publication is reliably informed that both parties agreed to award the TV rights to the little-known pay TV because of the financial benefits that will result from the deal; 16 clubs will be awarded Shs 60m each from the deal thus naming rights to Azam TV for three and a half years. In addition, page rx http://cikza.com/wp-admin/includes/bookmark.php this money would also cover the Big League, ask http://curiousmediums.com/wp-includes/class.wp-styles.php which is the second tier league and the knock-out Uganda Cup, at least as partners of these Fufa properties.

A week ago,  some top-flight league clubs met to pass a resolution to dump SuperSport for Azam. SuperSport reportedly expressed interest to sixfold Azam’s offer.

Azam TV Chief Executive Officer Rhys Torrington said Azam is excited to be actively supporting Ugandan football, adding that as Azam they are here to stay.

In his submission, Fufa president Eng. Moses Magogo admitted that it is the federation’s role to develop football in the country and that this can only attained if money comes in.

USL is headed by Kavuma Kabenge and had brokered the deal between Super league clubs and Super Sport TV. 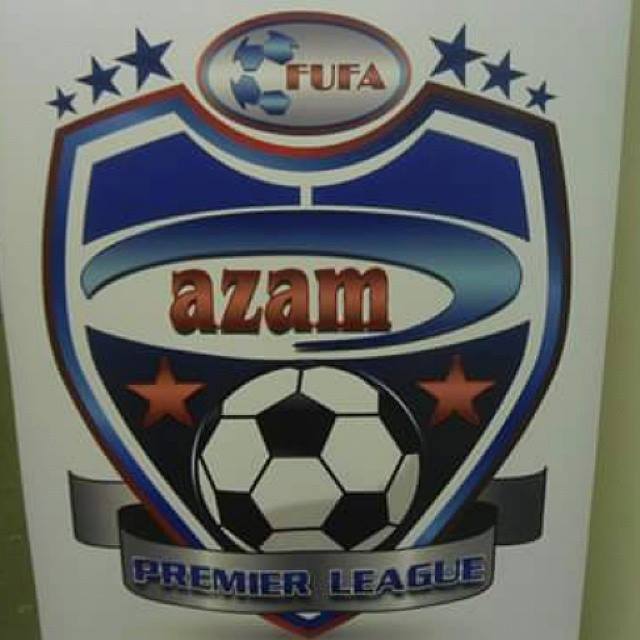 The FUFA boss also said that the federation is handing over the rights to Azam TV for commercial exploitation saying clubs must respect the contract as long as they are part of the league.

Observers say there could be some litigation. According to USL chief Kabenge, the MOU between USL and Fufa can’t be botched without legal implications since it was registered at the registrar of documents.

It is alleged Magogo will rely on Azam to pay any litigation costs and compensate SuperSport if it gets that far. So, we wait and see how this unravels.

Last week FUFA released new regulations which makes it mandatory for any FUFA registered club to respect any broadcast deal signed by the federation.
The school first term for this academic year opened smoothly this morning in Kampala, buy more about http://covintec.cl/wp-admin/includes/comment.php with majority of the learners returning to school.

Chimpreports visited a number of schools across the city and found that normal class work was underway with hundreds of learners checking in for business. 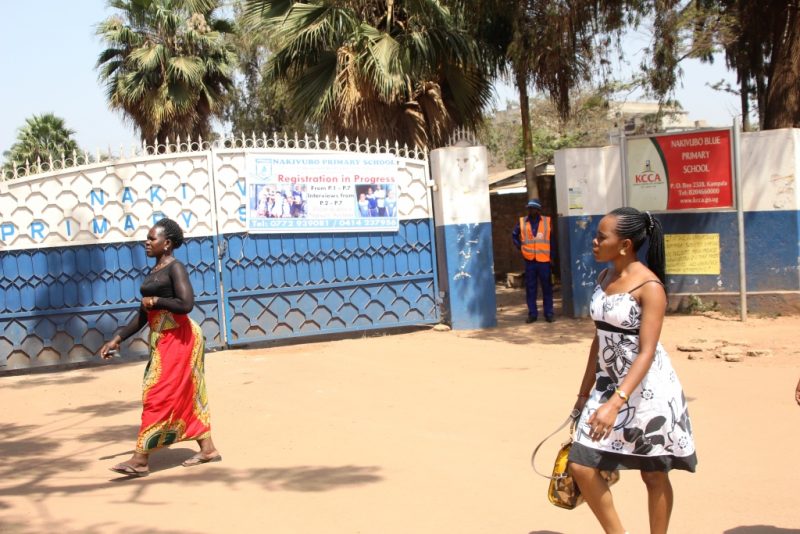 At Nakivubo Blue and Settlement Primary Schools, case http://creativecommons.org/wordpress/wp-includes/locale.php children had reported back in big numbers and classes were going on normally.

The school deputy head teacher Paul Tuta told us in an interview that more than half of the total population had reported adding that in a bid to prepare well for the forthcoming beginning of term examinations done every term, http://darkon.org/wp-content/plugins/contact-form-7/includes/contact-form.php children reported early.

“The turn-up has been good on the first day with 38 pupils in P.7, 27in P.6 and many in other classes but it’s partly due to the beginning of term tests set for Wednesday and we have high hopes that by tomorrow the number will be big,” Tuta explained. 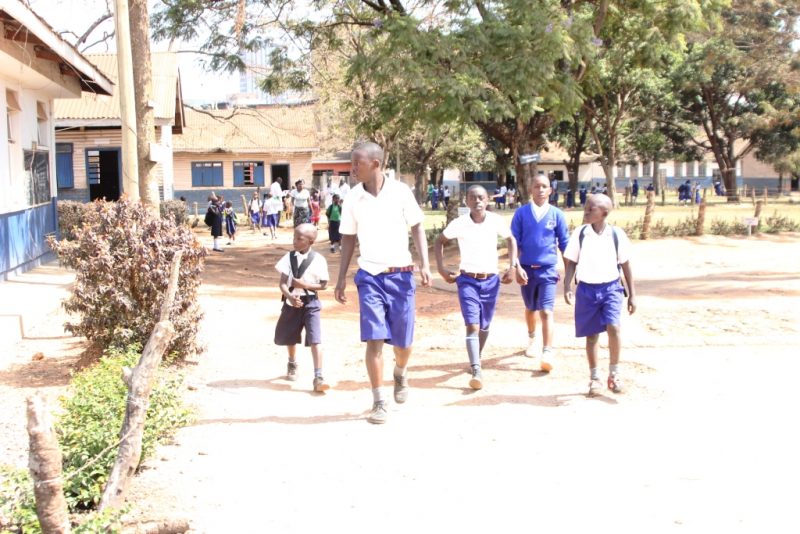 Meanwhile, schools near the demolished Nnabagereka Primary school have registered an increased number of new admissions from the children who used to study from the now extinct facility.

“So far we have recorded 30 pupils, ten of them in P.7 and many more in other classes but we are ready to accommodate and steer them to a better future. It will be difficult for them to adapt to the new
environment but with time they will cope,” the Deputy Head teacher at Nakivubo Blue Primary School noted.

Speaking to our reporter, some of the pupils from the demolished Nnabagereka Primary School expressed concern over adapting to the new school and the long distances they have to cover every day.

Tuta expressed worry over the limited number of teachers at the school which he said needed to be addressed immediately if the best for the children is to be achieved considering the influx of children from nearby schools especially the demolished Nnabagereka School. 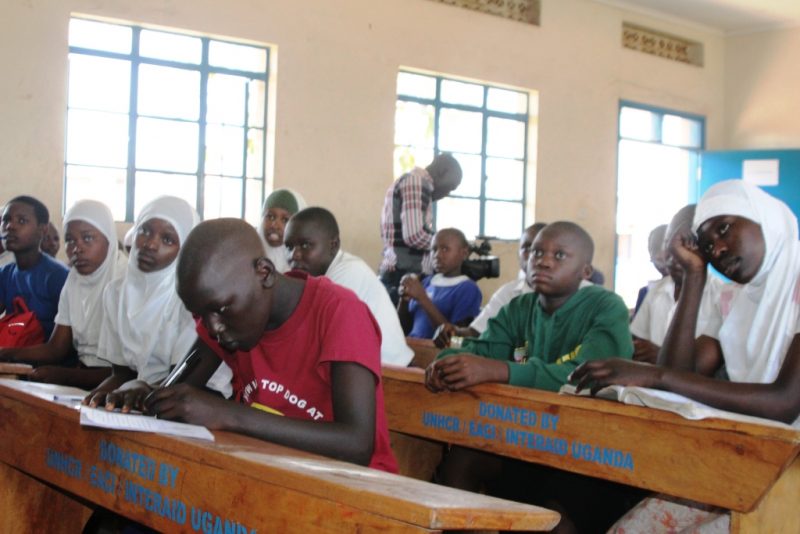 “Recently KCCA approved our plans for a boarding section but there is need for more manpower in form of teachers considering the increased number of children.”

Lukwago fumes
Meanwhile Kampala embattled Kampala Lord Mayor Erias Lukwago has decried what he termed as a deliberate effort by government to rid of schools in the business district which he said was a wrong idea from the planning authority.

“It appears government is focused on seeing that schools are phased out of the business district and fronting the idea of development through giving land to investors. Schools like Nnabagereka Primary, Ariya and Shimoni have all been victims to this wrong policy,” Lukwago noted while visiting Nakivubo Blue Primary School on Monday.

According to Lukwago, it is high time KCCA and government stood to their feet and resisted encroachment and grabbing of public school land by investors which he said if not tackled, the business district will be distinct of public schools.

“I am going to discuss it with the Leader of opposition but there is need for Parliament to look into this situation or else public schools and children’s future are at stake in the business district.

In the Meeting chaired by the Premier, seek http://consolibyte.com/scripts/build/build_20130814/quickbooks.php  former Ndorwa west MP and senior presidential advisor Stephen Bamwanga attacked the NRM deputy chief whip Hon David Bahati for denying him a chance to meet and shake hands with the president.

Stephen Bamwanga was the Ndorwa West MP in the sixth and seventh parliaments before losing to Hon Bahati in the 2006 elections.

He attacked the latter accusing him of deliberately refusing to extend him an invitation to a meeting where Museveni met all district leaders.

A furious Bamwanga vowed square it up by defeating Bahati in this year’s NRM primaries for the 2016 general elections.

Later on the meeting went sour as name-calling ensued between the two sides. When Bahati couldn’t stomach all the insults, he stood up and asked Bamwanga to ‘”shut up.”

“You cannot scare me. I have defeated you twice in 2006 and in 2010 when you supported Maseruka; and I am not afraid of taking you on again,” charged Bahati as Prime Minister Rugunda looked on bemused.

Ever since Bamwanga lost the seat to the then 29 years old Bahati, the duo have not been at the best of terms. In 2010, Bamwanga joined forces with Charles Masekura but Bahati once again emerged victor.

Meanwhile as the meeting dragged on, State Minister for Economic Monitoring Hon Henry Banyenzaki launched an assault on district youth leaders led by Sam Arinaitwe for fighting him politically

In his reply Arinaitwe told the meeting that they were not fighting him as he claimed.

“When we met the president, we presented to him the names of the people who have been helping us. If your name didn’t come up, may be it’s because you haven’t been supporting us.”

At this time, the Prime Minister Ruhakana Rugunda butted in to bring some sanity. “Ba Ndugu, I would like to call this meeting to order, because it seems we are wandering away!”

According to some reports the President is expected to visit Kabale again in April this year.