A turbo prop plane has reportedly crashed into a residential area in the South Sudanese Capital on Saturday morning.

The cargo plane owned by South West Aviation  came down in a suburb called Hai Referendum.

This area is located a short distance from the Juba International Airport. 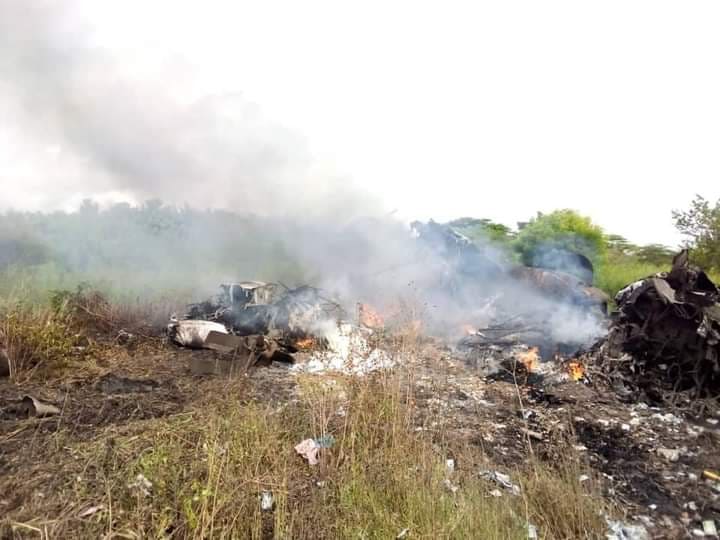 The aircraft immediately caught fire according to pictures taken from the scene.

Local media reported that several people were feared dead from the crash.

The Aviation Safety Network which tracks aviation incidents, says the place crashed shortly after take off.

According to reports , the aircraft was booked to fly from Juba to  Aweil, a city in the Northern part of the country.