For years now,jazz music lovers in the World, have known the likes of Charlie Parker,Johnny Hodges ,Coleman Hawkins, Stan Getz, Sonny Rollins and John Coltrane who shinned in their era.

Not wanting to be out-competed and probably make World history, here comes our very own Ugandan Saxophonist Isaiah Katumwa, whose music has topped charts in the UK and California.

Isaiah’s ‘suddenly’ hit song featuring American jazz star Terry Tuck,has been topping charts right from the Alliance Singles top 20 songs in the UK in February this year and as well dominated the in California.

The song has been number one on the top 50 Indie artist Songs for 3 consecutive weeks in California, surely, there’s no doubt that, if 19th-century jazz stars were alive today, they would be extremely surprised and pleased too with Katumwa for the good job done.

In the UK, most popular songs of the week are compiled by the Official Charts Company based on digital downloads, physical sales and audio streams.

It’s not the first time Isaiah is making Uganda proud, as the jazz iconic star released his ‘Sinza’ album way back in 2006, which featured on BBC focus on Africa.

‘Sinza’ album was a breakthrough album with the mega-hit, which earned Katumwa wide national and international recognition.

The self-taught saxophonist, who has over the years been instrumental and passionate in making jazz popular, is credited for sensitizing and turning many people in Uganda into jazz enthusiasts.

He continues to represent Uganda in big platforms, as he has on several occasions performed in Europe- London UK, Amsterdam, Brussels, Paris, and in a couple of West and East African countries. He has also performed for heads of states frequently and so far more than 20 presidents including President Museveni.

Katumwa is currently gearing up for his annual ‘Isaiah Katumwa,’ where he will be joined by the Beninese singer-songwriter, Angelique Kidjo and the multi-talented artiste and saxophonist, Daren Rahn on the 30th of April at the Kampala Serena Hotel.

He has been very instrumental in inspiring upcoming saxophonists, not only in Uganda but World over, which is why he is to use the show proceeds in equipping Ugandan jazz students and young artists with classical instruments. The aim is to develop talents in them, whom he believes lack instruments to make their dreams come true. 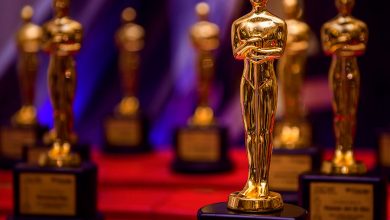