Aggrey Bagiire, the Minister of State for Transport of the Republic of Uganda, yesterday  in a Keynote address at the 31st Session of the Ordinary General Assembly of the International Maritime Organization (IMO) highlighted the vast potential and opportunities for investment in the maritime sector in Uganda.

This year’s Assembly which is currently taking place in London is being convened under the World Maritime theme of Empowering Women in the Maritime Community.

The Minister pointed out that Lake Victoria, “a sea in the middle of Africa” alone had potential for tourism, transport and fishing amounting to over US$ 60 billion annually if fully tapped.

He further noted that currently, Lake Victoria basin supports over 35 million people with its current economic activities standing at about US$ 4 billion each year.

He therefore called upon all IMO Member States to advise investors from their respective countries to invest in Uganda’s growing maritime industry.

The Minister outlined the strides Uganda is taking in improving its maritime profile, particularly its legal and institutional frameworks, reviewing its Maritime legislation and acceding to a number of IMO Conventions.

He further informed that a fully-fledged Maritime Administration Department was established in 2016 to handle all maritime affairs in the country.

Minister Bagiire also conveyed a message of gratitude to the IMO for supporting Uganda in building its capacity in the maritime sector especially by offering study scholarships to a number of Ugandans at various institutions including the World Maritime University in Malmo, Sweden.

He however noted that as a country, Uganda still required more support in areas of maritime transport safety particularly navigation, communications, search and rescue as well as environment protection to help grow its maritime industry.

The Minister called upon Assembly participants to visit Uganda which is greatly gifted by nature in terms of wild life, rare bird species, flora and fauna, variety of foods and very hospitable people amidst diverse cultures; which could hardly be found anywhere in the world. 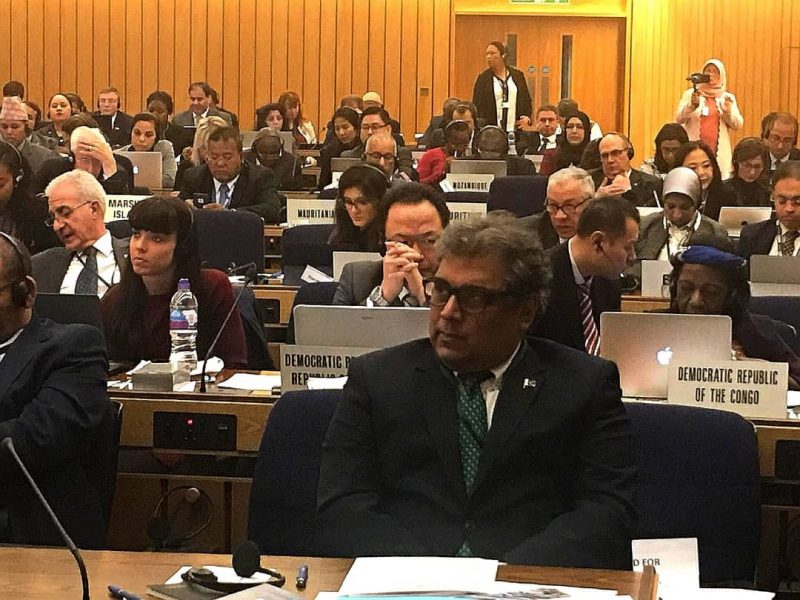 The Assembly is IMO’s highest governing body comprising 174 Member States and 3 associate members which is also attended by intergovernmental organizations and NGOs in consultative status with IMO.

IMO is a specialized agency of the United Nations acting as a global standard setting authority for the safety, security and environmental performance of international shipping. Its main role is to create a regulatory framework for the shipping industry that is fair and effective, adopted and universally implemented.

Cargo transported by the shipping industry represents about two-thirds of the value of total global trade, amounting to more than US$ 4 trillion worth of goods annually.