President Yoweri Museveni has said that apart from tourism and entertainment industries that would be greatly affected by the threat of COVID19 pandemic currently raving some parts of the world, the economy of Uganda would continue to thrive.

He counseled that the businessmen who have been importing from China should think of starting to produce products from here.

President Museveni accompanied by the First Lady and Minister of Education and Sports, Janet Kataha Museveni was speaking during the intercessory national prayers on the COVID-19 global pandemic held at State House, Entebbe organized by the Inter- Religious Council Union (IRCU). The intercessory prayers sought to seek the protection of God and spare Uganda from the global pandemic that has sieged the entire world.

They expressed hope that the COVID19 pandemic would soon come to an end.

“Prayer as you hear has worked in the past according to the scriptures that have been read in the bible and the Koran. The locusts came in this country and ate nothing and that was all because of God.  Human beings will soon establish dominion over this virus because they were given dominion over nature by God,” the President said.

In an Intercessory prayer led by the First Lady Janet Museveni prayed to God to have mercy on Uganda and save it from the pandemic just like he had saved it from other social, economic and health disasters.

“Just like you brought us from the civil war, HIV, Ebola, Marburg and resurrected our economy from the ashes, we stand on the absolute authority in the word of God, please have mercy on us and hear our cry today. Forgive us if we have wronged you in any way. We have seen city after city under siege with this pandemic, but we declare the words of psalms 124,” she prayed.

About the closure of schools, the First lady prayed for God to teach and equip the children with wisdom while at home. She also called upon God to calm down the people of Uganda during the siege and arise to defeat the enemies of Uganda.

In a sermon derived from 2 Chronicles 7: 13-14 by Pastor John Kakembo, President of Emeritus Seventh Day Adventist union and Chairman of the IRCU, he called for the people of Uganda to humble themselves to pray for the country and other nations affected by the pandemic. He reiterated that the people should also be grateful to God that Uganda is still being protected by the almighty God and should pray for a continuous protection.

“When the developed countries full of the rich are humbled and confused, in a developing country like Uganda, the carefree attitude of the masses during this pandemic is attributed to the Lord Jesus,” he said.

He said that Ugandans must not only seek God in crisis and that it was in such times that the people needed to mend their relationship with God and prepare their souls for his coming.

‘Even when he brings COVIDs and locusts of this world, back in his heart, he still wants us to get back to him because he is a God of love,” he said.

Commenting on the precautions set by the government under the guidance of President Museveni, Pastor Kakembo urged them to adhere to them and not make the same mistakes that other countries did before the pandemic became uncontrollable. 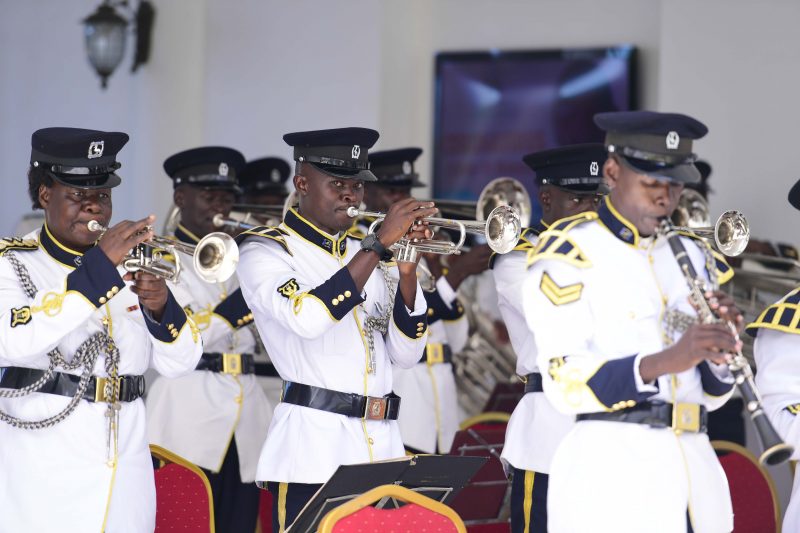 He further called upon the masses to be willing to help those in need in such times just as Jesus had instructed them to help the poor and needy.

In her brief address, the Minister of Health, Dr. Jane Ruth Aceng hailed the religious leaders for having helped her interpret the critical health documents about the pandemic in seven different local languages, making it easy for the people to understand.

She continued urged the public to desist from being defiant about the simple cautionary procedures that could help save the country from the pandemic, as it had still recorded no case of the virus.