The Inspector General of Police Okoth Martin Ochola has ordered an immediate withdraw of Police guards and escorts from Kampala Capital City directors, advising them to hire private security.

This order was communicated to the KCCA Executive director Andrew Kitaka in January, in which Ochola advised him on alternative security for his personal and other authority’s sensitive installations in the city.

Addressing the press on Monday, spokesperson Fred Enanga said that a total of 261 police officers have been attached to the city authority, guarding all directors including their residences.

However, since the communique was made, no response was made in its regard until the period elapsed which prompted the Police boss to order his men to vacate their duty stations for redeployment.

Meanwhile, Mr Ochola left the Police guards for the Executive Director, the Lord Mayor Erias Lukwago and those manning security at the city hall.

Police is apparently lacking enough man power yet the population is growing tremendously.

For some time now, many police posts and booths in Kampala and its suburbs are not operational due to limited personal.

Statistics indicate that at least 50 percent of all Police personnel are deployed in Kampala Metropolitan, Mukono and Wakiso districts

The total manpower of the law enforcement body stands at 41000 men which prompted recruitment of more 5000 personnel who are currently undergoing training at Kabalye police school in Masindi district. 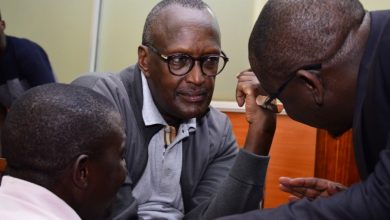