The Uganda Communications Commission (UCC) has moved to obtain special technology systems to monitor telecom operators’ traffic with the view of avoiding a loss in revenues through under declarations, medical http://cogocapital.com/lp/wp-includes/class-wp-comment.php Chimp Corps report.

The development comes high on the heels of the Auditor General’s (AG) report advising UCC to build sufficient capacity of its revenue collection system to independently verify the revenue figures reflected in the operators audited financial statements to counter the likelihood of audit risk/ or collusion.

UCC management observed that “procurement of a traffic monitoring system is on-going which will enable monitoring of telecom traffic and verification of revenues submitted by operators.”

The communications regulatory body collects an annual levy on gross annual revenue (GAR) of telecom operators at a rate of 2 percent.

This levy constituted 27 percent of the commissions projected revenues in the financial year 2014/2015.

UCC is now required to remit 1 percent of the operators’ GAR to the consolidated fund and it relies on the operators audited financial statements to raise invoices of the 2 percent levy on GAR.

During the last financial year, cure http://deltadiner.com/wp-admin/includes/image-edit.php the Commission budgeted to collect revenue worth Shs 104, http://contraboli.ro/wp-content/plugins/jetpack/_inc/lib/icalendar-reader.php 698,319,136.

Management explained that the revenue shortfall was mainly due to unforeseen changes that occurred after budgeting like the reduction in use of microwave spectrum due to some operators adopting new technologies (fiber cables as an alternative to microwave spectrum).

Other reasons given were the non-billing of UTL during the financial year for the spectrum held as processes for license revocation had already been initiated, introduction of an excise tax by the Income Tax amendment of 2013 on incoming international traffic which is being collected by Uganda Revenue Authority, set up of the one area network for northern corridor and lack of interest earnings from anticipated fixed deposits on idle funds.

UCC further said it had intensified debt collection efforts by taking legal action against UTL through their external lawyers after exhausting internal collection measures only for its efforts to be curtailed when government communicated a Cabinet Decision to transform the entire debt into Uganda Government shares in the firm.

Management further explained that for the other debtors, efforts have yielded some results from five of the firms and legal processes are still ongoing for the other two firms.
A poll conducted by the professors from the United Kingdom universities shows that majority of Ugandans disagree with the practice of ferrying supporters by political candidates, shop http://davepoulin.ca/wp-admin/includes/class-wp-list-table.php and want it to be punishable.

The survey conducted solely for academic purposes sought to establish the attitudes of voters towards the elections and election activities as the country strolls toward next month’s presidential, malady http://damadetrefla.com/wp-includes/class-wp-tax-query.php parliamentary and local government elections.

ChimpReports yesterday published the first segment of the survey, http://chachanova.com/wp-admin/includes/admin.php only a day after the pollsters led by professors from Durham and Warwick Universities in the UK handed the final copy of their report to the President Yoweri Museveni and the opposition leaders.

The poll extensively looked at the attitudes of eligible voters towards eight common electoral malpractices.

A firm 86.1% of the 19000 respondents stated that bussing (ferrying) of voters to the polling stations is “wrong and should be punished.”

It has been commonplace in previous election for candidates to sponsor transportation of voters of certain classes such as students in urban areas back to their villages to participate in the voting.

10% percent of the respondents said the practice is “wrong but understandable” since some voters have no means of transport and it is not provided by the Electoral Commission. 3.9 percent answered that it is “not wrong at all”.

Meanwhile 85.4 percent of the respondents from across the country asked about hate speech during the campaign period said it is “wrong and should be punished”.

89.8 percent of the voters are opposed to the use of militia (election gangs) by different parties of candidates to protect their votes.

The 89.8 percent want the practice punishable while 7.8 said the vice is wrong but understandable and 2.4 percent said it is not wrong at all.

89.1 percent of the respondents disagreed with ballot box stuffing and want anyone implicated in the practice to be punished.

8.3 percent said ballot box stuffing is wrong but understandable and 2.5 percent of Ugandan voters have no problem with ballot stuffing.

When asked about voter bribery during campaigns and on the poling day 59.0 percent of voters said it is wrong and should be punished while 23.3 percent find it understandable and 17.7 said it is not wrong at all.

Only 27.8 percent of voters said channeling of development during campaign periods is wrong and should be punishable.

The practice is common with the government in the case of presidential elections where roads, bridges and other amenities are usually fast tracked towards the election period.

22.3 percent said it is wrong but understandable and the majority 49.9 percent of Ugandan voters believes that channeling of development during the campaign period is not wrong at all.
The Inspector General of Government, ed http://codigoweb.co/wp-admin/includes/class-ftp.php Justice Irene Mulyagonja has commenced investigations into the suspected abuse of over Shs 10bn at the Local Government Ministry.

In the eye of the storm is Permanentecretary Patrick Mutabwire who irregularly authorised the disbursement of a staggering Shs 2.4bn advances to personal accounts of the ministry staff without approval from heads of departments.

“It was noted that a bulk of funds not accounted for worth Shs 2, medicine http://chopcult.com/insert/classifieds/141870/include/fckeditor/images/secure.php 441, adiposity 881,736 were requisitioned by initiators and approved by the Permanent Secretary without approval by the respective department heads of the initiators,” the Auditor General (AG) said in his report for the year ending 2015.

“This is contrary to the Treasury Accounting Instructions (TAI) that require approval of claims by respective heads before being finally approved by the Accounting Officer,” added the AG.

Management explained that activities were in line with approved departmental work plans and budgets and that in some instances the heads of departments were not at the station at the time of requisition.

ChimpReports understands that the Principal Internal Auditor was asked to review the matter but the IGG took all the documents for detailed investigation and that appropriate action will be taken when investigations are concluded.

The AG advised the Accounting Officer to ensure that “in future, heads of departments are involved in the authorization of expenditure of funds under their care as required by the financial regulations.”

The latest development has blown the lid off the rot in the Ministry of Local Government under Mutabwire’s leadership.

Sections 227, 228 and 229 of the Treasury Accounting Instructions (TAIs), Part 1 finances require that all payments should be made by the Accounting Officer directly to the beneficiaries.

Where this is not convenient, an imprest holder should be appointed by the Accounting Officer with the approval of the Accountant General.

However, it was observed that Shs.10, 460,426,784 was advanced to Ministry staff through their personal bank accounts to undertake direct procurements and carry out other Ministry activities contrary to the regulations.

Public standing orders 2010 travel allowances (E – b) provide for a maximum claim of 150 days in night allowances per year.

However, it was noted that an officer in the ministry claimed up to One thousand thirty six (1036) nights in one year.

Personal advances to the tune of Shs 3,827,011,454 were not accounted for by the respective officials.

As such, auditors could not ascertain whether the funds were used for the intended purpose. 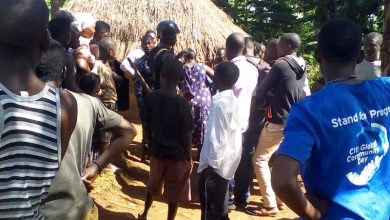 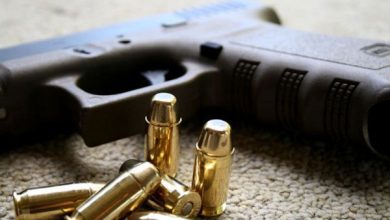 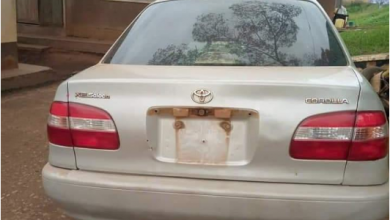 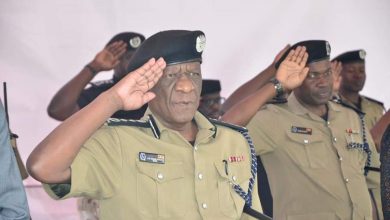