Former Prime Minister John Patrick Amama Mbabazi has promised once again
to make an announcement about his political ambitions.

Mbabazi told his former parliamentary constituents in Kinkiizi that he respects the institutional framework in place where voters are able to identify a person who can represent them.

As such, he said, at an appropriate time, he will come out and announce his political ambitions.

” You have been saying that I kept quiet, but I will soon come out and tell Ugandans what I have been thinking” said Mbabazi.

The former Premier was on Saturday speaking at the wedding of Kinkizi West Member of parliament James Ruugi Kaberuka, who succeeded him as the area MP. 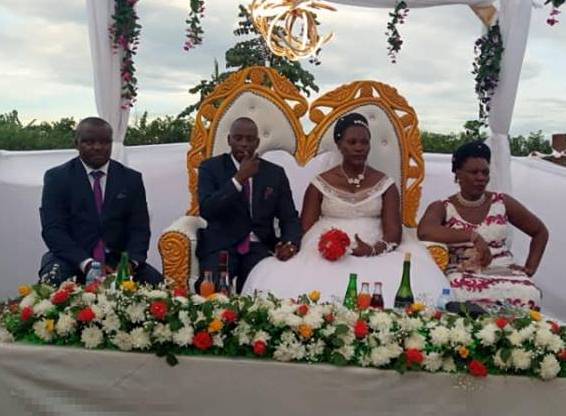 Mbabazi represented Kinkizi West in Parliament for over 20 years until 2016 when he quit to stand for president.

At the wedding, he said he was happy that the person that replaced him as Kinkizi West MP, Hon Kaberuka has continued with the developmental programs he initiated in Kinkizi west and Kanungu district as whole.

The function was also graced by the Archbishop of the Church of Uganda
The Most Rev Stanley Ntagali,Kinkizi Diocesan Bishop Dan Zoreka , MPs, Wilfred Niwagaba, Winnie Kizza, Odonga Otto, Rose Kabagyenyi Theodore Ssekikubo and several others.