In Buganda, having twins is seen as a sign of respect and prestige, not forgetting the title of “Salongo” (father of twins) that comes with the trade.

Chimp Reports sat down with Nsimbe in an exclusive interview talking about his post-Kyetume life.

“I’m so privileged, excited and honored to have gained that title of Father of Twins. It’s no easy to get it and I thank God for enabling me achieve a special gift for 2020,” said a boastful Nsimbe.

Nsimbe went ahead to reveal the truth behind partying ways with Uganda Premier League side, Kyetume FC earlier this season.

“I decided to depart Kyetume because we had fallen out with my bosses who did not meet my salary payments as per the contract,” said Nsimbe.

The shocking revelation prompted further interrogation to which the former gaffer cited dissatisfaction to be the major reason for throwing in the towel.

“We had agreed on specific salary payments but what I was earning didn’t reflect on what I meant to earn basing on my contract so I decided to step aside after the automatic termination of my contract,” Nsimbe continued.

Nsimbe’s departure from the Slaughters could be seen as a blessing in disguise as some foreign football clubs have been running after Nsimbe’s signature since that development.

“I even had two clubs which were interested in signing me but I turned down their offers. Posta Rangers from Kenya and Rwanda’s Kiyovu FC needed me but I could not work for $1500 and the deals didn’t materialise,” he proudly said.

Nsimbe joined the Mukono based side in mid-June last year as a replacement to Jackson Mayanja seeing his tenure lasting for only six months.

He took charge of the side for 13 games, winning five, drawing one and losing the other seven games.

He has also managed abroad at Azam FC in Tanzania, and Tusker FC in Kenya. 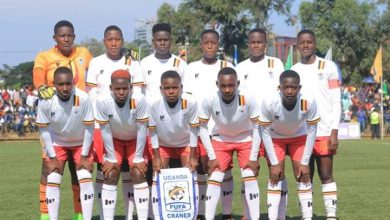