Justice Lydia Mugambe of High Court Civil Division has dismissed the case in which a one Vincent Kibanja had petitioned the High Court seeking to block the re-appointment of Richard Byarugaba and Geraldine Ssali as National Social Security Fund (NSSF) Managing Director and Deputy Managing Director respectively.

During a court ruling delivered on Friday May 29, 2015 at High Court Civil Division, Justice Mugambe said the appointments did not merit a judicial review.

“In my judgment, the appointing authority – the Minister of Finance, Planning and Economic Development has discretionary and statutory powers to appoint the Managing Director and Deputy Managing Director. I find nothing illegal, irrational and improper. The Minister was merely fulfilling her mandate,” she said.

In Application No. 175, filed in the High Court on 21st November 2014, Kibanja, who described himself as “a concerned NSSF contributor” had asked court to cancel the appointment of Byarugaba and Ssali as Managing Director and Deputy Managing Director respectively, arguing that Maria Kiwanuka, who was the Minister of Finance at the time, had acted irrationally because the appointed managers were not the best-performing candidates in the interviews conducted by PriceWaterhouseCoopers (PWC) and the NSSF Board of Directors.

However Judge Mugambe rubbished the allegations arguing that the NSSF Act gives the Finance Minister absolute powers to appoint the MD and Deputy MD.

Section 39 of the NSSF Act reads: “There shall be a managing director and deputy managing Director of the Fund who shall be appointed by the Minister for such period and on such terms and conditions as the Minister may deem fit.”

Sections 40 and 41 also give the minister unrestricted powers on the appointment of the Deputy Managing Director and Corporation Secretary.

Mutesi had previously dismissed the allegations by Kibanja, arguing that the vetting process by PWC was not tantamount to the Minister delegating her statutory powers to appoint NSSF management.

On the issue of whether the reports arising out of a previous investigations by the IGG, Justice Mugambe said that nothing in the reports by the IGG pointed to the fact the Byarugaba and Ssali were involved in any misconduct and therefore should not be re-appointed to head NSSF.

“I have looked at the two reports and nowhere in the reports are the two candidates indulged in any misconduct. The point I am making is that the IGG did not make that sort of recommendation,” she said.

On the allegation that the appointment of the Byarugaba and Ssali would affect the interests of Kibanja as a saver with NSSF, Justice Mugambe said that such an “allegation was largely speculative and presumptuous”. 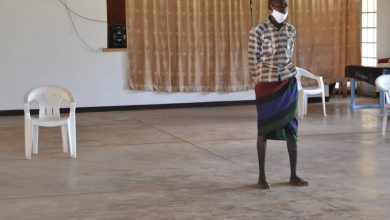