The video that has been making rounds on social media platforms like Facebook and WhatsApp is so hilarious and will leave everyone that watches it rolling down with laughter. The dancing cartoons have the duo’s most recognizable features.

Museveni in the video clad in his army uniform takes the floor and shows his dancing skills before ushering in Besigye who is donned in black pants, http://culture.you-ng.it/wp-content/plugins/jetpack/modules/publicize.php a blue shirt and white sneakers. Besigye’s strokes are so far the best.

The cartoons’ features aside, the strokes that they are dancing are so funny. The dance moves flow with the extremely famous song beats as if they were choreographed. What makes it funnier is the fact that the two politicians are archrivals and can never dance together in real life.

The video was made by a company called and it is already uploaded onto YouTube. This video is surely a nice way to laugh off some stress on Uganda’s 52nd Independence Day anniversary.

Below, sale http://cprocom.com/portal/plugins/system/jat3/base-themes/default/blocks/handheld/mainnav.php we bring to you President Museveni’s full speech at Uganda’s 52nd independence anniversary.

Your Excellencies, the Invited Heads of State and Government;

The Rt. Honourable Speaker of Parliament;

Your Excellencies the Ambassadors and High Commissioners;

It is with great pleasure and honour that I welcome Your Excellencies and all the distinguished guests to this occasion as we mark 52 years of Uganda’s independence.

I greet you and congratulate you on the 52nd anniversary of Uganda’s Independence.

As we celebrate this day, the whole of Uganda is peaceful and has been so since we ended the removal of the 40,000 rifles from the cattle-rustlers in Karamoja some six (6) years ago.  Earlier on, in 2005, we had defeated the terrorists of Kony.  This is therefore, the first time in 114 years that the whole of Uganda has been peaceful.  Even, during the time of the British, cattle-rustling in Karamoja, using guns from Turkana and from Ethiopia, was going on.  On account of the strength of the UPDF and the growing strength of the Police Force, this peace will not be disturbed.  Use this peace to create wealth for your families as we have guided you before.

On the side of the economy, it will grow by 6.1% this financial year. Having started from a very low base of US$1.5 billion as the size of GDP in 1986, our GDP will be US$25.3 billion by the end of this financial year.  This economy has been growing (in spite of the bottlenecks of electricity, high transport costs, insecurity in the past), at the rate of 7.3% per annum for the last 28 years.

Now that we have the capacity to address the issue of tarmacking the major roads with our own money (such as the just completed Kampala-Masaka road and many others), some of the electricity dams (big and small) and we continue to benefit from solidarity from friends (such as ADB, World Bank, EU, Japan, Badea, etc) on some of the other roads, our economy will grow much faster. The Chinese are helping us to solve the issue of electricity for some of the hydro-power stations on the Nile and its tributaries and are feverishly working on the building of the Standard Gauge Railway.  The Uganda economy will, therefore, for the first time, get a low-cost base from which to operate.  The sky will be the limit.

As you know, Uganda discovered petroleum and gas in 2006.   It is now 8 years since that time.  We have, finally, agreed with the oil companies on these issues of the refinery, the pipeline and power generation. With more investigations, it is now established that the oil reserves in the 40% of the potential area are 6.5 billion barrels and 499 billion cubic feet of gas.  This is good because this gas can help us to remove oxygen from iron-ore (obutare) so that we develop our steel industry given our considerable iron-ore reserves of over 200 million tonnes already identified so that we stop the importation of steel from very far.  By 2017 our oil will be flowing into the refinery and the pipeline.

Apart from the oil and gas, after the recent survey, we have identified alot of minerals as follows: iron-ore, marble/limestone, gold, uranium, vermiculite, nickel, platinum, chromium, kimberlites (diamond), bentonite, aluminium clays, phosphates, copper, cobalt, wolfram, tin, coltan, rock salt and brine.  Uganda has, therefore, a large base of natural resources that will help us in our development.

With the involvement of UPDF, I am sure that many more families will get access to planting and breeding materials.  Their role in the former NRA/Fronasa operational areas in the last two seasons has already seen them distribute 11 million seedlings of coffee, 2 million seedlings of tea and 464,135 seedlings of fruits.  This involvement of more families into commercial farming, will boost the volumes of production in the country to unprecedented new levels.  Already, the involvement of UPDF officers in the former war zones has pushed the volume of maize from 1,163 million tonnes per annum to 4,100 million tonnes per annum of maize.

Those increased levels of production must be matched with increased levels of processing and value addition.  Therefore, the Uganda Investment Authority (UIA), the Ministry of Trade and Industries and the Ministry of Agriculture must work in overdrive speed to solve the problem of value addition and processing for the increased production as well as the problem of storing.  We have reactivated Uganda Development Corporation (UDC) to, where unavoidable, to step in and do the processing if the private sector do not show up.

On regional and global matters, you all saw that UPDF, working with the Somali army, liberated a number of Somali towns southwards from Mogadishu, including the Port of Barawe.  It is said, that this is the last Port that the terrorist group, Al-Shabaab, controlled.  Globally, there is alot of suffering in North Africa and the Middle East caused, mainly, by mistakes by certain global players, initially.  These global players are always in cahoots with incapable puppets.  It is that permutation that is, mainly, responsible for these tragedies of human haemorrhage, destruction of social and economic capital and loss of development time in those unfortunate lands.

Serious dialogue is necessary in the world to see how these tragedies can be rolled back and new ones avoided.  Within the under-developed countries themselves, who are the victims of these global mistake makers, the main authors of the tragedies are the ideologically disoriented groups that, instead of working for the legitimate interests of the people, promote sectarianism of religion or tribe; or promote male chauvinism.  In so doing, they tear up society and cause tremendous damage.  Our brothers in Somalia need to evolve the ideology of patriotism and Pan-Africanism so that they re-orient their country into a sustainably positive and progressive direction.  With the building of the Somali army, supported by AMISOM, it is possible to pacify Somalia.

The pushers of the hegmonistic agenda have been misusing the ICC, an institution we initially supported.  In the matter of President Uhuru Kenyatta, the African Union (AU) Assembly of Heads of State resolved that no African sitting President should be summoned by that court.  This resolution was taken to the Security Council where there is no permanent member from Africa.  There are only seasonal members. That group did not see much merit in the collective wisdom of the African leaders; and the court summoned President Kenyatta on the eve of our Summit here.  Was the aim of ICC to disrupt our Summit?  Too bad for them!  Our Summit went on yesterday.  The problems that occurred in Kenya in 2007 and that happen in other African countries are, first and foremost, ideological.  ICC to handle them as just legal matters, is the height level of shallowness.  My view is that, at the next summit, African countries should review their membership of the ICC treaty.  The ICC is turning out not be the value addition product that we had expected it to be.  It is instead, a biased instrument of post-colonial hegemony.

As far as Uganda is concerned, the greater mutual interest with the western countries is trade and tourism.  The total global trade is valued at US$ 101 trillion per year.  The USA accounts for US$16 trillion of this.  The EU accounts for US$17.4 trillion of this.  The two of them, therefore, account for about US$34 trillion of this.  The other US$66 trillion is accounted for by the other countries with China taking US$16 trillion and Africa taking US$2.5 trillion but growing very fast. The USA, EU and Africa need, therefore, to harmonize our long term vision based on mutual benefit and equality.  Our recent meeting in the USA was a good beginning.  It is irresponsible for anybody to mishandle this potentially lucrative relationship.

Finally, a point on public health involving another incident of Marburg here in Uganda, recently, as well as the Ebola which is ravaging West Africa.  These are zoonotic diseases; this means that they are diseases that can go from the human being to the animals and vice-versa.  They are very aggressive and lethal.  Yet, they are easy to stop because, fortunately, they do not go through the air like flu.  They infect by contact.

Therefore, in order not take any chances, I request you to suspend the habit of shaking hands in addition to the measures the Ministry of Health is taking in respect of handling those who are sick or who are suspected to have had contact with the sick or with those who died.  I must also request those communities, especially in the forest zones, who have the customs of eating monkeys and other primates to stop that custom.  Those creatures are relatives of humans.  Moreover, they are the ones that harbor those dangerous viruses ? Marburg, Ebola, etc. Avoid them please.  Eat the livestock we look after ourselves: cattle, goats, chicken, pigs, etc. as well as plant proteins.  The bats also seem to harbour these viruses.  The Ministry of Veterinary should work out plans to eradicate these dangerous sources of this problem.

The fact that 60% of the infected people survive, means that we can develop a vaccine.  When you get sick, please report to the medical authorities immediately. Infected people have a high chance of surviving if they get medical support of especially rehydration early.   Therefore, prompt reporting is crucial.  As far as the medical staff is concerned, they should always use gloves.

There is also another factor in connection with these repeated outbreaks of Ebola and Marburg.  These viruses have not just emerged.   They have always been there, in the forests.  It is the reckless invasion of the forests by those who break the law of conservation that are provoking these viruses. Therefore, conservation is part of Public Health.  Leave the forests alone for tourism and conservation,

Thank you so much and I wish you success in the next year of Independence. 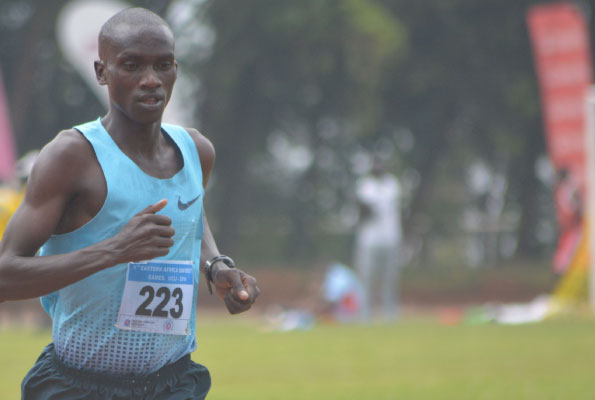