I bring you fraternal greetings from the people of Uganda. Thank you for inviting me to share with you, ideas on the important idea of trade.

In order to put trade in context, it is good to remind ourselves that man has been here on earth for the last 41/2 million years.

This laid a basis for, at last, Africa being free of tyranny by man because, prior to this, Africans were living under the tyranny of the chiefs or under-colonialism or under slavery or serfdom.

That left the problem of oppression of man by nature.  During most of the 41/2 million years, man had been trying to tame nature by inventing tools or technologies ─stone tools, the invention of fire, the invention of iron tools etc., that helped him to do work and try to ameliorate his condition.

Much of this effort was by man’s or beast’s muscle (man, horse, camel, donkey, etc.)  It was after the Renaissance, that man started using machines.

It is this shift from the use of human and beast muscle to the use of machines, that marked the beginning of the Industrial Revolution.

The use of machines ushered in large scale production.  Mass production of goods and services can only be sustained with commensurate large scale consumption.

If there is a disequilibrium between the two, you get a crisis.

That is what happened in 1929 when capitalism had to crash and was forced to mutate into the quasi-socialist system of the Welfare State ─where the government had to give free money to the unemployed people to enable them to, at least, buy the products of capitalism ─in order to save the capitalist system.

It is these three points that took long for the actors in Africa to grasp. The three are: shift from the power of the muscle of man or beast to the power of machines in order to do work more efficiently and on a bigger scale; secondly, shift from the pre-capitalist system of primitive self-sufficiency of communities, which is, sometimes, called subsistence (working only for the stomach), to working for food security and commercial production (working for the pocket).

As recently as 2014, a total of 68% of the homesteads of Uganda were still engaged in subsistence agriculture.

Thirdly, once the people wake up and start working commercially, the volumes will be so big that they will need huge markets within the respective countries, regionally and internationally.

These three are a must for Africa to survive. They answer the question: “Where does prosperity come from?” Prosperity, in the modern context comes from producing a good or a service and getting enough people to buy it in sufficient quantities to make the venture profitable.

Fortunately, by 1980, our leaders realized the importance of, at least, the number three point of the points above ─the issue of markets.  That is how the COMESAs, the ECOWASes were born, following the Lagos Plan of Action.

However, the issue of achieving prosperity through the selling of goods and services on a large scale cannot be satisfied by just the internal market of each country or even the regional market.

China and India, individually, each has a population of 1.3 billion people, with a purchasing power of US$ 14.1trillion for China and US$.9.447trillion for India.

Yet, those internal markets are not enough for either India or for China. They are aggressively looking for additional external markets.  Hence, the quarrel between USA and China. Uganda contributes to the prosperity of China US$875million per annum.

We contribute to the prosperity of India with US$1.154billion.

We do this by buying their products in addition to selling to their internal markets. Neither the Chinese nor the Indians will say that we have got a big enough internal market, we do not need the additional market of Uganda.

I am, therefore, most pleased that the Africans are waking up to this point.  Hence, the topics of today’s conference which are: the attractiveness of our countries as destinations of investments; harmonization of strategies and partnerships in the emerging data economy; bilateral trade and infrastructure; reducing the cost of doing business between our two countries; Local Content as a key to unlocking long-term value in extractive industries.

Your Conference will discuss all these.  I will be most interested to learn the conclusions you come up with. Out of the five topics, I have long – formed opinions on the three of them.

These are: bilateral trade and infrastructure; reducing the cost of doing business between our two countries; and Local Content as a key to unlocking long-term value in the extractive industries. “What God has put together, man shall not put asunder”, it says in the Book of Mathew 19:6in the Bible.

The land-locked countries are organically linked with the Coastal States in such a way that they will all benefit.

First of all, most or all the goods coming from or going to Burundi, Rwanda, Zambia, Eastern DRC, Uganda and South Sudan must pass either through Kenya or Tanzania.  This became a huge opportunity for all the countries involved.

These trucks buy fuel, the drivers and turn-boys buy food, stay in hotels, pay Port charges, etc. The goods coming from Uganda have been, for a long time, only being produced by just 32% of the homesteads.  68% have only been working for the stomach (subsistence).

I am in a big campaign, along the lines of my campaign of 1995, to get our people out of this disorientation.  Once they wake up, the volumes of both imports and exports will go up dramatically.

In order to facilitate the movement of these huge volumes of goods, we must, as your topic says, “work seriously on bilateral trade and infrastructure”.

Fortunately, the governments of Tanzania, Uganda, Rwanda, South Sudan, Burundi and Kenya are seriously working on all the infrastructure projects as never before.  The roads, the railways, the water-ways are all being modernized.

This work on the infrastructure will, automatically, lead to point no. 2, the reducing of the costs of doing business in East Africa.  Moving a container by rail and water from Dar-es-Salaam to Port Bell will be at US$ 1,600 instead of the present US$4,500 per container.

One cost-pusher is electricity. Fortunately, again, the East African governments are working aggressively on power. In Uganda today, the total power generation will soon be 2,000megawatts with the completion of Karuma.

What remains to be done is ensuring reliable transmission and the lowering of the cost of power to the manufacturers by removing the distortion of the price by Bujagaali Dam where our officials made the mistake of borrowing expensive money.

In order for the Uganda government to reduce the cost of doing business in Uganda, I will no longer allow the borrowing of expensive money or private sector developers who want high profits in the three areas of: the railway, electricity or the development banks on account of high interest rates.

They can invest in toll roads, telephone companies, etc., but not in the 3 areas ─the railway, the electricity and in development finance.  These 3 are not areas of profiteering.

The private sector can invest in these areas but must settle for modest profits and for longer periods of investment recovery. As far as the big power developers are concerned, the price of a unit of electricity must not be above US 5 cents.

On the side of the cost of money, the FDIs will fund their projects using their own money from abroad.  The local investors will benefit from the UDB loans that should always be around 12%, not the criminal 23% charged by the greedy Commercial Banks.

The Stock Exchange may also not be useful in financing the basic infrastructure for production. Why? It is because shareholders are also looking for profits.

Stock markets can fund factories, hotels, etc., because those can recover their money from the consumers and they are not the mushokooroof the whole economy.

Reducing the cost of doing business between our countries is both a question of hardware and soft-ware.  The hardware part is to build the roads, to build the railways, to provide electricity, etc.  Without these the costs cannot go down.

Once they are built, then you have the issue of soft-ware ─delays on the borders, non-tariff barriers, etc.  The railway is being built. I salute H.E. Magufuli on that.

We are also going to revive water transport on the Lakes: Victoria (Nalubaale), Albert (Mwitanzigye) and Edward (Butuumbi-Rutshuru).

The railway and water transport, using the Mombasa example (Mombasa-Kampla), will end up spending US$1,800 per container of 40ft instead of the current cost of US$3,456 by road.  You have already seen the expected prices of transport on the Southern route.

Finally, on the question of using the extractive industries maximally. The Ugandans, the Tanzanians, the Kenyans, the Banyarwanda, the Barundi, the South Sudanese should for sure be able to run the transport business arising out of the mining and the petroleum operations, the catering services, the professional services (legal, medical, etc.) and, with proper training and accreditation, also the artisanal services (welding, etc.).  This is all crucial.

However, additionally, in the case of Uganda, there is the question of the earnings from, for instance, oil ─the government share.  Under my leadership, this money will never be for consumption and salaries.  Why not? It is because these resources are exhaustible, they are finite; they will, one day, be no longer there. What will they have left to the Ugandans?

That is why I insist that money from these resources should only be used to create durable capacity for the Ugandan economy ─build power dams, irrigation systems, the railway, scientific innovations and some aspect of education.

Therefore, the use of revenues from the exhaustible resources, should only be used to create the durable base of the economy. The exhaustible, should give birth to the durable. With Petroleum, we use the formula of PSA (Petroleum Sharing Agreements).

The company uses its own money to look for the oil.  If they get the oil, they share with the government in order to recover their share but also to make a profit.

The rest goes to the government.  Why is this formula not used for the other minerals?  I have not yet got a good answer. 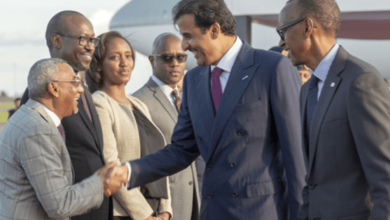 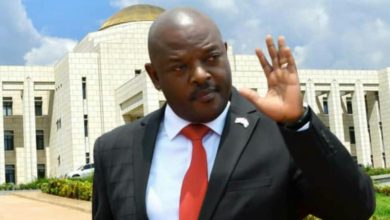 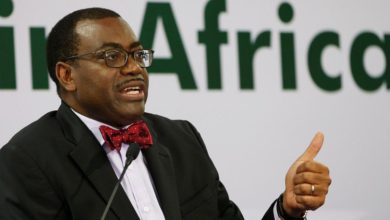 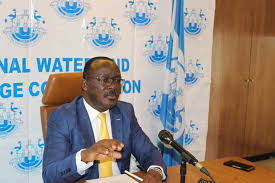