Inspector General of Police Okoth Ochola has made a comprehensive shake-up in police commands and departments, affecting positions up at the law enforcement agency’s headquarters and extending to officers in regions and districts.

The move comes after a stunning reorganisation that was made late March, where he decided to fuse most of the units that had been created by his predecessor, Gen. Kale Kayihura.

Kayihura had broken them from the Directorate of Criminal Investigation and Crime Intelligence (CID), making it and its boss, AIGP Grace Akullo — less significant.

Some of these were the Flying Squad Unit, Special Investigations Unit, Criminal Case File Tracking Task Force (CCTF), and Surveillance and Special Operations.

Now, in the latest changes, which were effected on April 13 — according to an April 13 letter that was copied to the deputy IGP and all directors — Ochola has named Commissioner of Police (CP) Fred Enanga as the head of the Criminal Investigation Department in charge of Administration and Training, a key position that is responsible for the training investigators in the CID directorate.

A former police spokesperson, Enanga is one the biggest assignees of this reshuffle, having been serving in weaker positions ever since he was replaced as a publicist for the force.

In the same reshuffle, Senior Commissioner of Police (SCP) Geoffrey Chombe has been transferred from heading Counter Terrorism at the police headquarters to the directorate of Crime Intelligence.

SCP Charles Asaba will deputise Chombe, after being moved from the directorate of Counter Terrorism.

Ochola has also moved CP Fortunate Habyara from the Human Resource Management department to the directorate of Crime Intelligence at Police headquarters.

Commissioner Edison Gumisiriza has been transferred from crime investigation to PSU while ACP Jerome Baryayanga has been move to Agriculture police from International police.

ACP Polly Namaye, has been transferred from Political Commissar directorate where she was transferred last month and appointed acting commissioner in charge of information and publication.

Mwesigwa served under Gen Kale Kayihura and played a key role in enforcing law and order in the city after the heated general elections in 2016.

This appears the most in-depth reshuffle since Okoth Ochola took over from Gen Kale Kayihura as the Inspector General of Police. 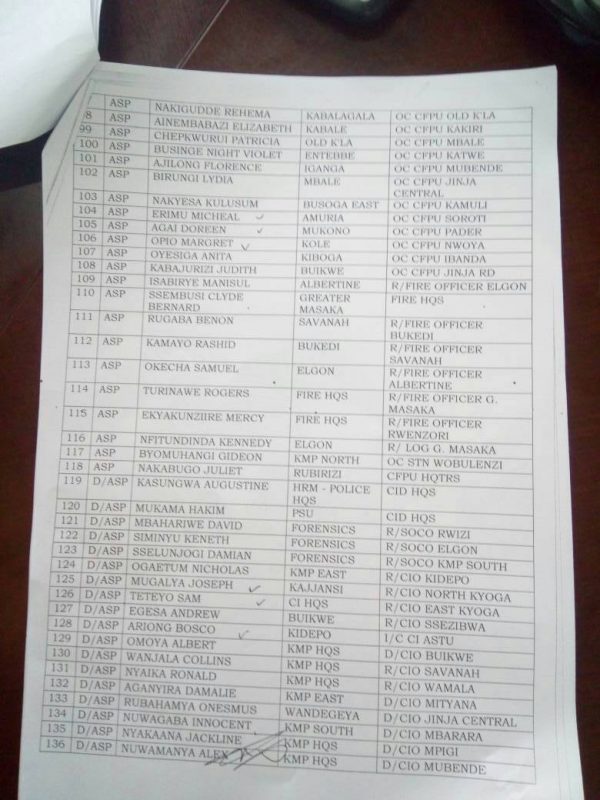 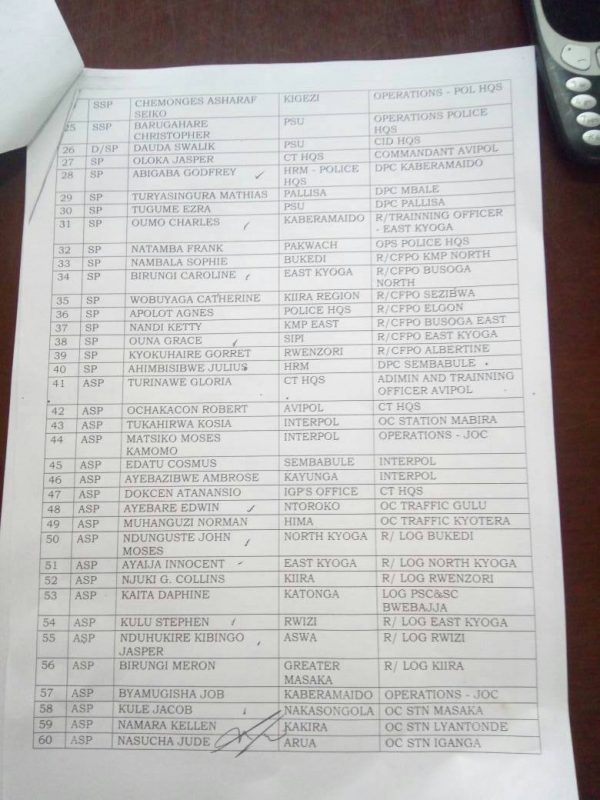 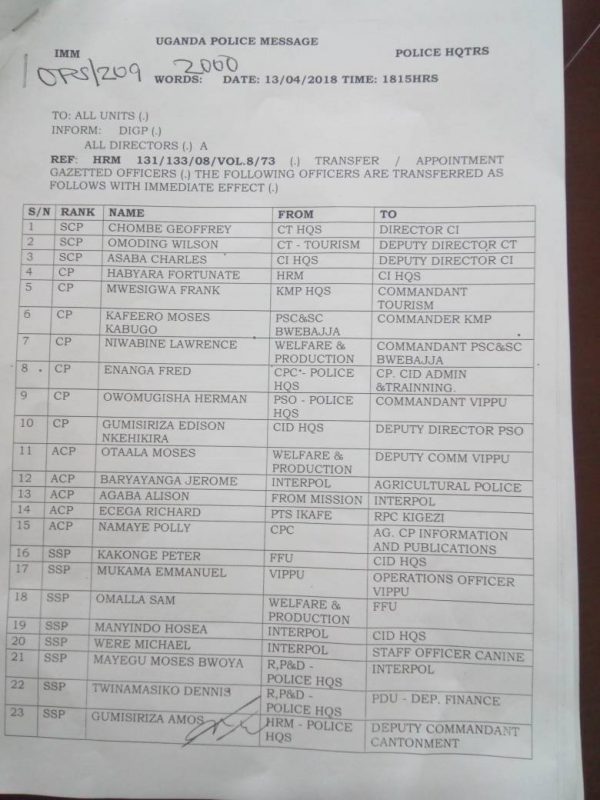