Former State Minister for Labour and Industrial Relations, Herbert Kabafunzaki has petitioned Tanga Odoi, the Chairperson of the National Resistance Movement (NRM) Electoral Commission, over his loss in the Rukiga Constituency primaries.

According to a September 5, 2020 letter seen by this website, the incumbent Rukiga legislator tags his devastating defeat on full blown rigging that characterized the voting.

“The humble Petitioner contested in the NRM elections held on September 4, 2020, which he won by more than 800 votes but was denied victory, owing to the deliberate errors/omissions and outright rigging in favor of Adison Kakuru,” the letter reads in part.

Rising further, Kabafunzaki retorted that he raised these complaints with the NRM Electoral Commission (EC) but for unknown reasons, they did not take him serious.

“The Presiding Officers deliberately ignored the votes recorded to have been obtained by your humble Petitioner and gave a lower total of 9,543 instead on the declaration sheet which gave your petitioner a percentage of 22.9% basing on the wrong results recorded,” the petition further indicates.

Hitherto, Kabafunzaki disclosed that he is still disappointed with the “unprofessionalism and lopsidedness that was exhibited by EC officials in Kashambya and Rwamucucu Sub Counties where multiple counting, voting, altering results and allowing under age persons to participate in elections was tolerated,” he disclosed.

Worse still, he indicated that the Rukiga District NRM Chairperson, who was supporting his opponent, was also engaged in voter bribery and influence peddling.

As such, Kabafunzaki wants results of those two sub counties cancelled and fresh polls held under the auspices of a neutral team.

“This will restore the confidence your humble Petitioner and the people of Rukiga District have in your office and NRM at large,” he concluded. 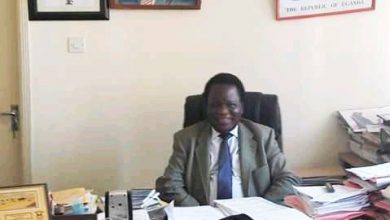