On Tuesday December 19 at about 10:30pm as Johnson Nuunu sipped on a soda with his nephew Amon Tumusiime in Rubaare Trading Centre, Ntugamo district, a man approached him and requested to talk to him from outside the shop.

As he moved out, the unknown man grabbed the bottle of soda he was drinking from, placed it on a table and dragged him outside by the waist.

A few minutes later, Tumusime was called by a friend who told him: “Come and see; your uncle is being taken away.”

By the time he reached, a white car of Toyota Noah brand in which Nuunu was seated and whose details were not captured, was already escaping into the night.

The only information Tumusiime was able to gather was there were four or so other people inside and he had his brother shouting, “Take care of my car.”

The car used the Mbarara-Kampala route.

The disturbing story was recounted by Julius Kansiime, 30, the victim’s son, who alongside other family members has been pursuing details of his father’s kidnap with little hope from police — apart from one incident where they called Mbarara Police Headquarters before being told, “We have him.”

It was, however, also not helpful.

He also owns lots of properties in the district. (The building that houses the shop where he was picked from belongs to him.)

As Nuunu’s whereabouts remain unknown, some 25 dependants are increasingly getting unsettled; especially that it’s a festive season.

He is also diabetic, another source of worry.

Johnson Nuunu is a Ugandan of Rwandan origin, and he was born and raised in Ntungamo as is a few generations before him.

This discomforting report follows a series of kidnaps of Rwandans that have rocked different parts of the country.

The said white Noah car has been mentioned in various kidnaps executed in a similar style.

After the incident occurred, Tumusiime and a friend identified by his middle name as Katudu immediately went to Rubaare Police Station.

At police, the OC station heard their story and promised to call other police stations of Mbarara, Bushenyi and Ntungamo to stage a road block for checking.

It would be easy to identify Nuunu since as his son says; “he is a prominent figure in Ntungamo.”

But when he picked his phone and made the first call, Kansiime says, the police officer on hanging up had changed his mood from willing-to-help to looking-worried.

The energy and enthusiasm he had on hearing the account of relatives had dramatically waned, said Kansiime.

He stormed out of office and left the two people who had come to report the case alone.

The assumption from the relatives was that someone above his rank had told him to back off.

“… the response he could have got according to how people saw him … it’s like it was an order, so he left the people who had come to report … even other police officers moved out of the office,” added Kansiime.

Since Tumusiime and his colleague Katudu were left alone in the office of Police, they decided to go home.

You are wasting your time

As they left, they were interrupted by a cop who put aside Katudu and told him: “Even if you followed this car you would do nothing to it, so you are wasting your time, just go home.”

No statement was recorded.

The next day they travelled back to the police station, where they were dumbstruck by the reception.

Police officers, Kansiime said, this time acted like they were hearing of the case for “the first time.”

They would later be referred to Ntungamo police headquarters to talk to the DPC.

The DPC was not in office, but they were able to talk to the OC CID who made a call to Mbarara police, and he was told, according to Kansiime, “The person you are looking for, we have him, tell those people not to waste time, let them go, let them not waste your time.”

Kansime was not able to identify which officer the OC CID talked to.

In Ntungamo, they were again referred to Rubaare where they were given a statement after several hours of “being tossed up and down, and pleading.”

Ntungamo had, according to Kansiime, turned into a “zig zag situation.”

Things had to change.

Kansiime who works from Kampala started liaising with different sections of police.

He went to Police Flying Squad and officials were not able to get any details about him after consultations.

He dropped the referral letter yesterday, and they are yet to respond.

On why they haven’t insisted on pursuing the case from Mbarara given they got information that his father is there, Kansiime said they have used inside sources in police and they have been told, “he is not there.”

He adds that his cousin also called Police officers in Mbarara and he was “assured he is not there.”

Kansiime says they are now worried considering “my dad was taken away the same way they have been kidnapping other people involved in high level crimes yet we believe our father is innocent.” 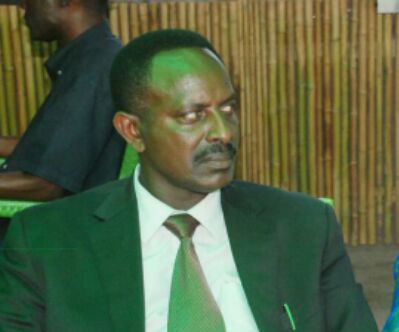 “My father”, Kansiime says, has not worked with military police or any intelligence services, let alone any government institution both in Uganda and Rwanda.

Nuunu’s wife is also a peasant.

Asked on whether they have connections in Rwanda, Kansiime said his father at times visits Kigali, the capital of Rwanda and “my two sisters are also married in Rwanda.”