The European Union (EU) has told the leadership of Uganda’s military that the rebel Allied Democratic Forces (ADF) operating from Eastern Congo remains an issue of concern.

Led by Amb Attilio Pacifici, EU ambassadors to Uganda met with UPDF Chief of Defence Forces Gen David Muhoozi at the UPDF and Ministry of Defense Headquarters, Mbuya on Monday.

The Ambassadors after receiving a brief on the security situation appreciated UPDF participation in establishing peace and security not only in Uganda but the region.

According to the Defence Ministry, the Ambassadors, however, “expressed concern over continued presence of ADF in Eastern DRC.”

ChimpReports understands the Ugandan military has for last the one month picked signals of a planned attack by ADF.

This led to security raids across eastern Uganda where suspected collaborators of ADF have been operating.

The ADF is said to have received considerable logistical support in early 2018, re-energizing a force that had fled its bases following intense aerial and long-range artillery bombing by UPDF in 2017.

On his part, Gen Muhoozi briefed the diplomats on the “continued engagement with DRC and MONUSCO as stakeholders with the view of finding a lasting solution to the ADF menace.”

Meanwhile, on behalf of other AMISOM Troop Contributing Countries (TCCs), Muhoozi appreciated the partnership and requested the EU not to tire but continue the support to AMISOM.

He further shared with them the conviction of Uganda that the drawdown of forces in Somalia should be conditional and not time-based.

“The situation on ground should be the main factor for consideration when making decisions on the security in Somalia,” he emphasized.

In attendance in the meeting was the UPDF Joint Chief of Staff Lt Gen Joseph Musanyufu among others. 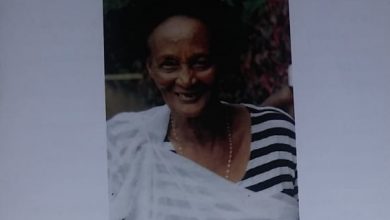